I felt it was time to open a discussion on this fast emerging technology .

I was taking my usual run with the dogs one day last week , I spotted activity up by the comms mast which my neighbour has on his land , He was parked up close by the mast in his tractor ,just keeping an eye on things . I took a stroll up to have a chat with him , turn out he's under contract  for a certain period of time . I had voiced my objections years ago about the situation of the mast , it started out with only a handful of transponders , now after several planning permission reviews there's literally dozens of point to point and mobile antennae hanging off it . The newest 5G modules that were being installed have what I can only describe as lenses on them , to the naked eye from the ground it looks like a bit like a beehive honeycomb structure made out of metal . Ive read up a little of the spec of the 5G system and it seems its designed to operate to above 70Ghz .

There seems to be two extremes in terms of information on this , one from the manufacturers/ users ,all singing all dancing ,blowing its own trumpet ,expounding its virtues , and down playing any negative press . The other extreme is at best a confused mix of facts/ fiction and down right garbage.

The technology running the show behind the scenes aside there's good enough evidence of harm  to peoples health on many levels from the use of mobile phones, simply being wired 24/7 into FB or other social media is showing itself to have some very serious impacts on peoples health and welbeing yet still FB finds itself enjoying a cast iron confidentiallity clause by Irelands data protection commission . If your thinking of replying to this post with words along the lines of 'well theres no evidence 5G does any harm' forget it , the only thing we can be certain of is multi trillion dollar industries like this are powerful enough to stop scientists looking in a direction that would even have a chance of proving anything negative and damaging market share . Another example of this would be big pharma/medical, it can take years and years after medications are found to be dangerous for the medical and chemists/pharmacies advice to the public to change.

Another curiosity is an interview David Icke did about NWO  Covid-19 and 5G  made by London Live tv  was pulled on the grounds of public health by Ofcom , the UK's communications regulator , since then Icke has had travel restrictions placed on him in the form of revoked visas . The guy is away with the fairies on a lot of subjects ,but at the same time how can we be sure at least some of what he says isnt true ? He's getting a similar treatment to Julian Assange , I wouldnt be surprised if the CPS proffer charges against him over it. Another classic example of 'shoot the messenger'?

Anyway just putting this out there in the hope of starting an intelligent discussion on a very serious matter ,
I dont use or carry a mobile phone , never have , (well.... the very odd time I have used someone elses phone to make a quick call  :-[ )

when first Tractors came to public market zillion years ago,
its was named devil's invention... its gonna kill us all!
it sure does; depends on where u look at it from!
good luck with ur Activism for a brave new world ! 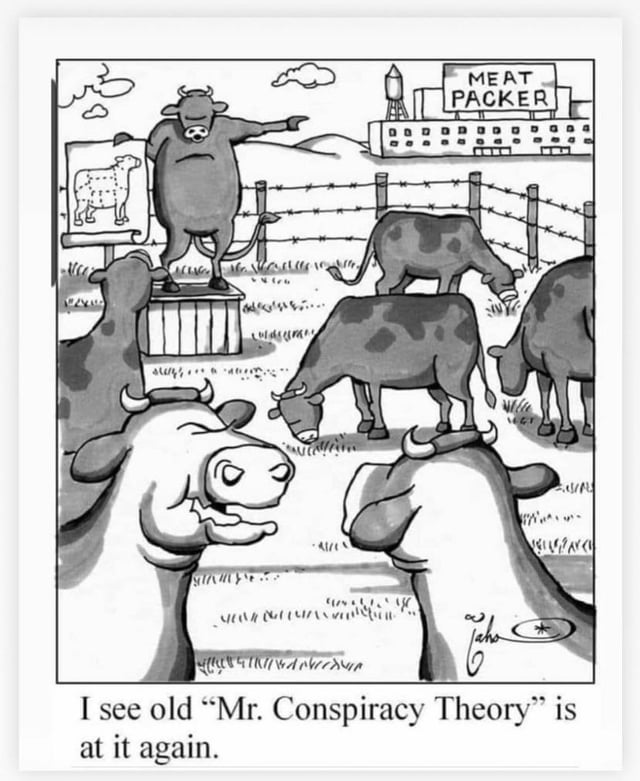 Well ,just to respond briefly to your point ,
The internal combustion engine has in fact become a 'life limiting' factor due to air quality in big cities like Mexico and Los Angeles. In these metropolisis' many many people die each year from the combined effects of living a lifetime with atmospheric pollution .
Another interesting point is before the advent of the IC engine ,horse and cart based transport became a life limiting factor in Englands large cities ,due to the sheer amount of dung pilling up in the streets .

Were in a situation now where we have artifically extended peoples lives with modern science , its doesnt take a rocket scienitist to figure out ,pensions ,retirement and old age has become yet another life limiting factor , a timebomb waiting to go off ,and one which if it does will almost certainly destroy economies everywhere in our so called civilised world . As far as I can tell this new era is about giving people access to enough bad choices (such as so called anxiety medications in combination with media spread fear) so as they quietly and legally shorten their lives down. In another disturbing anouncement here in Ireland recently ,heroin addicts who seek help are being fast tracked onto methadone , Ive heard from many who work in the health services sector that they see a very marked degradation in people who are moved onto methadone programs ,people who somehow may have maintained a heroin addiction for years dont end up lasting long on the prescribed poison  , medicated out of existance .

designed to operate to above 70Ghz .

70 gigs??????  maybe, but any transmissions at that freq cannot get through any walls.  One of the results in the USA "repack" was opening up channels somewhere in the lower UHF band...like 300 MHz.  Those can penetrate walls.  I think it was Sprint that bought those "low" frequencies.  RF follows laws.

Im well aware that the physics of electromagnetic propagation changes with frequency .

Not sure where I saw the reference to 72Ghz , I'll try and find a link to it .

Just to re-iterate again , Ive no issue with arguments for or against what Im saying , thats all part of a healthy debate ,
just trotting out memes 'ad nauseam' requires little conscious thought or effort and adds nothing to the discussion .

I am not a RF expert, but I know that wifi operating in the 2 to 5 gig range has a very limited operating distance range.  Dunno how transmissions 10x higher in frequency can be useful....but it's above my pay grade.

I would be interested to read a USEFUL article so I could learn more.  I've skipped over more than a few which proclaim "THE SKY IS FALLING" along with insane theories which include the usual suspects.

I want to read some helpful tech articles so I might understand how those ULTRA high frequencies can be actually useful.  Hell....just getting over the air "free" TV channels (VHF and lower UHF) is a PITA with an indoor antenna into my TV set.

Brian Roth said:
Dunno how transmissions 10x higher in frequency can be useful....
Click to expand...

It's a data hungry world.

Brian Roth said:
One of the results in the USA "repack" was opening up channels somewhere in the lower UHF band...like 300 MHz.  Those can penetrate walls.  I think it was Sprint that bought those "low" frequencies.  RF follows laws.
Click to expand...

614-698MHz on the most recent spectrum auction.  T-Mobile bought most of it.

Meanwhile a lot of customers are coming out of the woodwork asking why their wireless mics aren't working as well as they used to.

Found this on reddit perhaps regarding one of the biological effect theories floating around.... Not sure what it means though...But I'm guessing it's positive...

Search for Millimeter Microwave Effects
on Enzyme or Protein Functions

I don't understand how 50 Hz (that would be 60 Hz here in USA) has any bearing with this discussion about a bazillion gigahertz signal transmissions.

Indeed.  I thought I was in hog-heaven when I replaced my 2400 BPS modem with a 56K device in the mid 1980's.  Cox Cable keeps upping the ante (and prices) to over 100 Megs here in 2020.  I have no reason for that amount of bandwidth and plan to scale back to reduce my monthly bill.  I am not running the Bank of America from my home office.

Thinking back through my limited brain cells re. RF transmission when I actually worked with "over the air" television stations.

Is someone proposing a multi-Megawatt TX hanging a few hundred feet above my back yard to ensure decent penetration/signal levels into my house?
B

Scodiddly said:
614-698MHz on the most recent spectrum auction.  T-Mobile bought most of it.

Meanwhile a lot of customers are coming out of the woodwork asking why their wireless mics aren't working as well as they used to.
Click to expand...

OK I missed the actual frequencies frpm the repack/sale but 600 can penetrate walls.  I've had indoor antennas which could capture KZZZ television at those frequencies.

My stupid understanding about RF propagation seems to indicate "double the frequency, then double the transmitted power" to be able to deliver the same useful signal to an end user.

And YES.....many wireless mics are now useless in 2020.  Back  In The Day, I worked with Lectrosonics as we shoe-horned mics into open slots in the VHF TV band.

Brian Roth said:
I don't understand how 50 Hz (that would be 60 Hz here in USA) has any bearing with this discussion about a bazillion gigahertz signal transmissions.
Click to expand...


Here's a pretty good read on wireless concerns.. seems like a legit source...Doesn't study but touches on 5G and obviously warns about not studying the effects...
... I really never thought too much about them outside of hearing the general cautions....At least I guess it's an extra good thing it's now illegal here to not use hands free while driving ....

Electromagnetic Radiation Due to Cellular, Wi-Fi
and Bluetooth Technologies: How Safe Are We?

I just had read off the first couple of pages of that one Scott, definately looks good ,
I'm going to hold it for a quieter time later this evening and get stuck into it properly .
Thanks again,
T

I got as far as page 15 and my grey matter needed a break
This idea of having to prove harm against multi trillion dollar industries after the fact needs to be turned on its arse.
let the big money prove their tech is safe first seems the only reasonable way forward .

It seems to me there may have been method in the madness of the tinfoil helmet brigade after all ,
Im certainly glad I took the sceptical approach to mobile phones after reading that , I'm  going to review my wifi arrangements within the house also  , the new all singing all dancing smart meter the electricity company just installed , they can either take it out or I'm screening and grounding  the utillity box with a close fitting metal container ,maybe a layer of lead too .

Euthanasia via electronic smog ?, no thank you please
I'll bounce that document around to a few different people , each specialists in their own field and see what they think .

Electromagnetic Radiation Due to Cellular, Wi-Fi
and Bluetooth Technologies: How Safe Are We?

A real eye opener ,very relevant information for everybody who doesn't live in a cave  ;D

T
MJ ,whats your thoughts on it all ?