I hope you're doing fine in these crazy times.

It's now 4 years that I regularly purchase (single-sided) Chinese CK12 capsules from a few Chinese suppliers (the ones with the blue plastic and the yellow adhesive tape).

They always worked fine, as long as I put some isolation on the backplate cable to avoid the exposure to humidity and moisture.
Now since May I noticed some very serious problems with their newer batches.
8 of 10 capsules simply won't work. The output is very low and sometimes very noisy and distorted.
That was never the case with the old batch.

Sometimes it helps to swap the backplates. I then just use the other backplate with the membrane. But with that new batch this also doesn't help.
I tried all threaded holes in the backplate (with the backplate cable), but still nothing.
There always is a measurable capacitance of 10-14nF (which is high, but the old capsules still worked).

What could be the problem with those capsules? 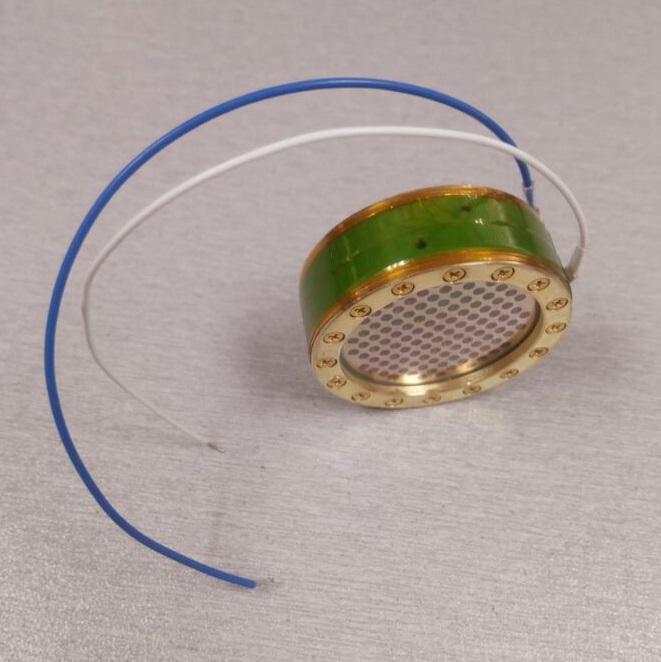 Thanks a lot for your help

As soon as I speak into the microphone the output drops significantly and comes back after 1 minute.

This sounds like membrane sticks to the backplate. Or humidity issue. They should measure in tens of picofarads.

Could it be they use thinner spacer between membrane and backplate? Try lower polarization voltage?
F

Could it be they use thinner spacer between membrane and backplate? Try lower polarization voltage?

Thank you. I always set the polarization voltage to about 50V. With 60V the membrane is sucked to the backplate and there is no output at all. Maybe I should try 40V.

A thinner spacer could be the reason for the high capacitance. Normally K67/CK12/K47 capsules do come with a capacity of about 70-100pf and not 140pf. One capsule of that batch even had 160pf.

The strange thing: When I use the rear backplate with the front membrane the capacitance halves, but the problem with the low output and distortion persists...

could also be contamination on the backplate - if even the smallest residue of oils remain here, capsule will collapse very easily.

Kapton tape use two types of adhesive
Silicone or Acrylic

I wonder if they changed from Silicone to Acrylic?

The reason I posted this is the hint you gave when you removed the Kapton tape and it worked a little. Who knows what was used for an adhesive.
Can you clean the surface of any adhesive and check the capsule again?

Gus said:
I wonder if they changed from Silicone to Acrylic?
Click to expand...

Actually I think it's silicone, since there is a LOT of residue when I remove the tape.
F

Could it be they use thinner spacer between membrane and backplate? Try lower polarization voltage?

Does anybody know how thick these yellow/purple spacers are?

If they aren't good, I would simply send them back.
The seller is supposed to offer a working product!
K

Not related, just wondering. Is the diaphragm glued to the ring on these capsules?