This is a pair of SA-39B clones I recently completed, This had been an ongoing project for about 3 years and they were originally going to be full replicas with the original all tube regulated PSU but I decided to go with modern supplies. The big vari-mus are prone to high hum levels so DC filaments made the most sense, and with all DC filaments a 10lb HV PT with 6A of rectifier and filament supply that would go mostly unused made much less sense so it was a modern supply for the HV too which also took care of the GR tubes need for a regulated supply. Both PSU are International Power linear DC supplies. I had to make safety covers for them from plexiglass and corner braces

I wanted all the bells and whistles for these which would be:

Side chain high pass filtering (ended up with 5 positions total, 1 stock plus 4 filtered). There is also a limiter bypass position added here

Threshold control with LED metering. I went with a 10 turn pot here. I like to run mixes through these so easy precision control was deemed a necessity.

Meter adjustment with extended range of control mounted on the front panel. Drift is an ongoing reality with a vari-mu and the stock setup could sometimes run out of range. This also eliminates having to fiddle with the armature adj on the meter itself as well as having to adjust the bias on the 1612s. The meters are standard DC type, 100uA but you could use a number of other values and just adjust the shunt resistor. At some point I may do as Dave P did and make a correctly scaled overlay from an original meter but for now I just eyeball them and listen.

These use original input and output iron courtesy of Emrr.

I ditched the half baked scheme of the half pot- half pad thing Gates switched to on the later units and just used a standard ladder for output control. The input control still uses the dual 100K pot on the secondary of the input transformer,

I also added a switch for changing input impedances for occasional mic pre use. A vintage SA-39 is usually too noisy for mic pre use but with the modern PSUs in place I decided to add it.

The chassis were custom made by a local metal shop. I added the front panel hinges and cam latches later and did all the machining by hand. The "brushed finish" of the backplate was faked with sandpaper.

The extra holes on the rear panel (one fitted with XLR) were from a stereo link I had planned on adding but decided to abandon midway through.

The test board circuit is how these existed before the building started and was how all the attack and release values and SC filtering and threshold values were worked out.

The B schematic is much better in general.. It's as I might have guessed. Thanks for uploading the schematic! 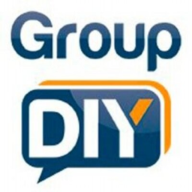 Wow, that's a serious amount of work there.

Congrats on your builds! Do you have any demo audio you could easily share? Would love to hear them in action.

TwentyTrees said:
Wow, that's a serious amount of work there.

Congrats on your builds! Do you have any demo audio you could easily share? Would love to hear them in action.
Click to expand...

I have a couple of rough mixes that were ran through them. The tracks "You Shadow" and "Summer Days"

HI LASSOHARP...Excellent work and major accomplishment i dig the 6L7 (1612) but my only build to date using it is a single ended comp with triode 6L6 for output..when my Federal 864 U build is done I should like to toy w/a SA 39 build ( or as close as i can get with the iron i have on hand...you are an inspiration with this build
THX Man

Yesterday at 9:45 AM
MicUlli
M