Here's an eight-banger I did on some Collins Radio Company 356A modules years ago (notice the first pics are film), which also got all new resistors and caps since they'd lived in a barn for many years.  The pics show a few different stages of the build, but what's there is -20 pad, 620 ohm output load, 600 ohm T output attenuators, phantom on back.  All DC voltages in the PSU which is all Power One units.  I machined a new connector bar so the units can be unplugged to the needed number of channels.  The audio wiring all comes in the back, goes down and under, and then back up.  There's another steel plate under the main case to protect the wiring and form a channel of sorts.  Chassis is an RCA BA-31/33/34/41/43/44 era rack shelf, repurposed with new front and back panels.

First pics are old, scroll below for a recent set of changes.

Recently removed the 600 ohm output ’T’ (no point to it), and installed a negative feedback gain control mod which can raise gain roughly 20dB over stock.  With the gain knob all the way down, gain is stock.  If you take the feedback loop out completely the top and bottom response falls apart, so there’s a stop resistor to limit the range.  Tonal/harmonic quality varies a good bit across the gain range.  Also fixed the dumb gender choice on the PSU umbilical and made the cable longer. 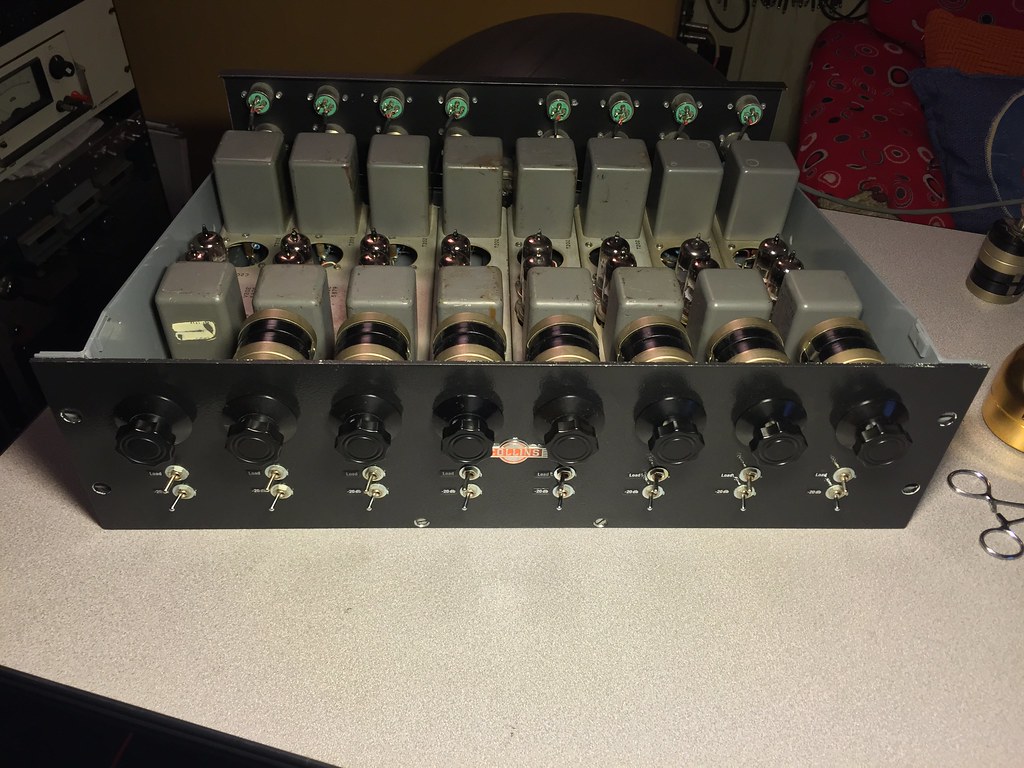 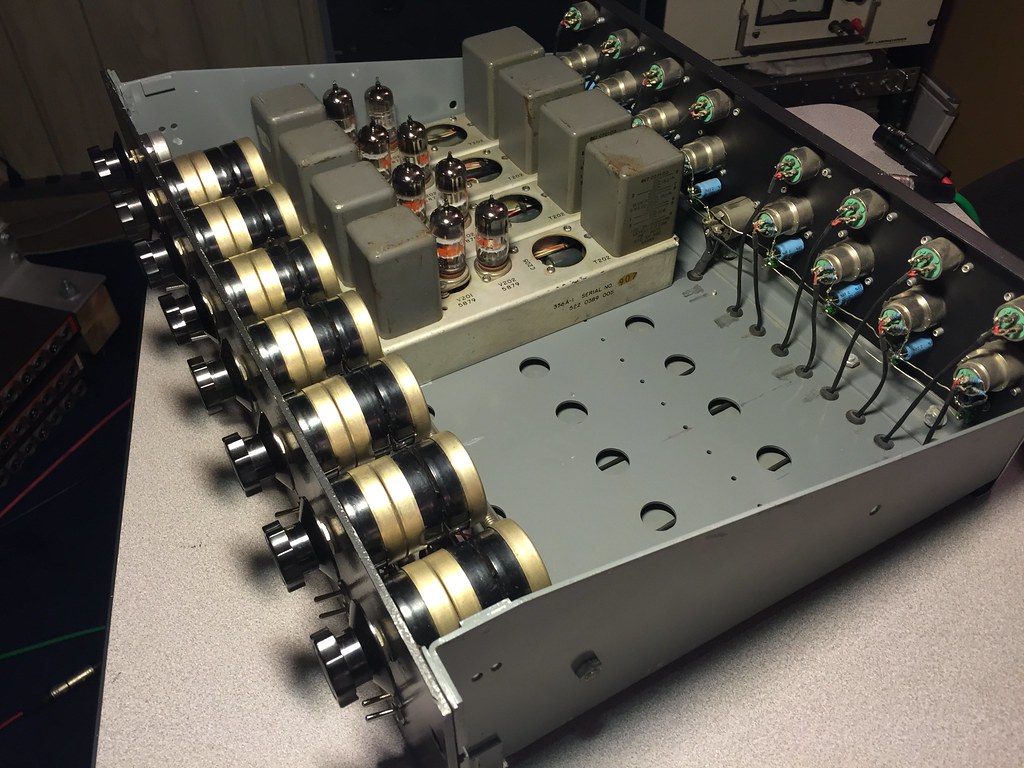 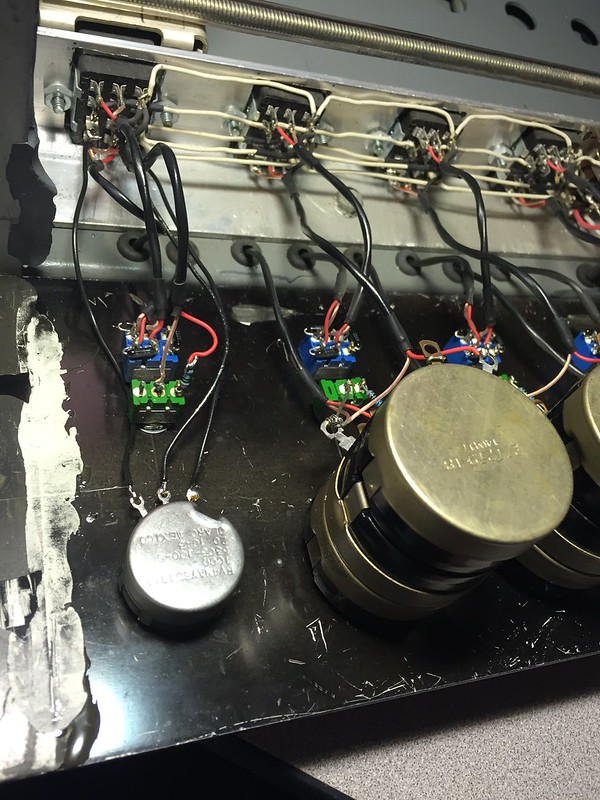 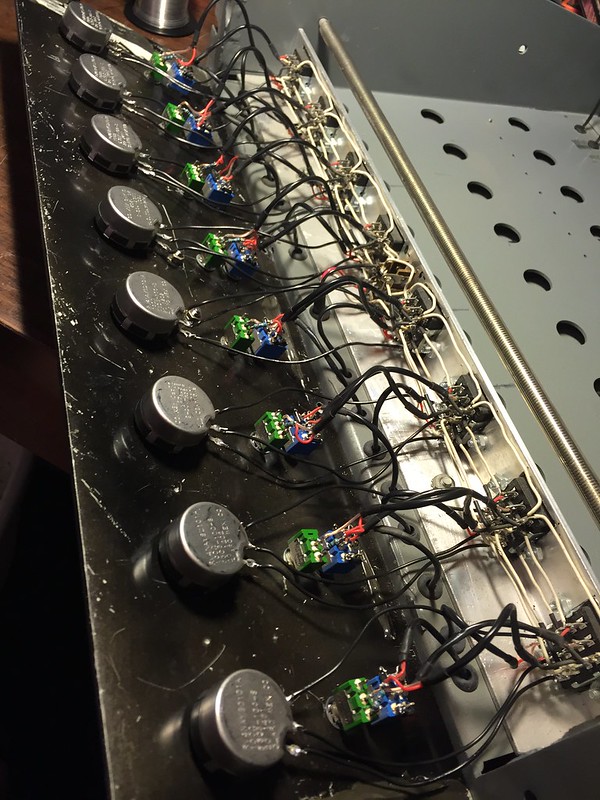 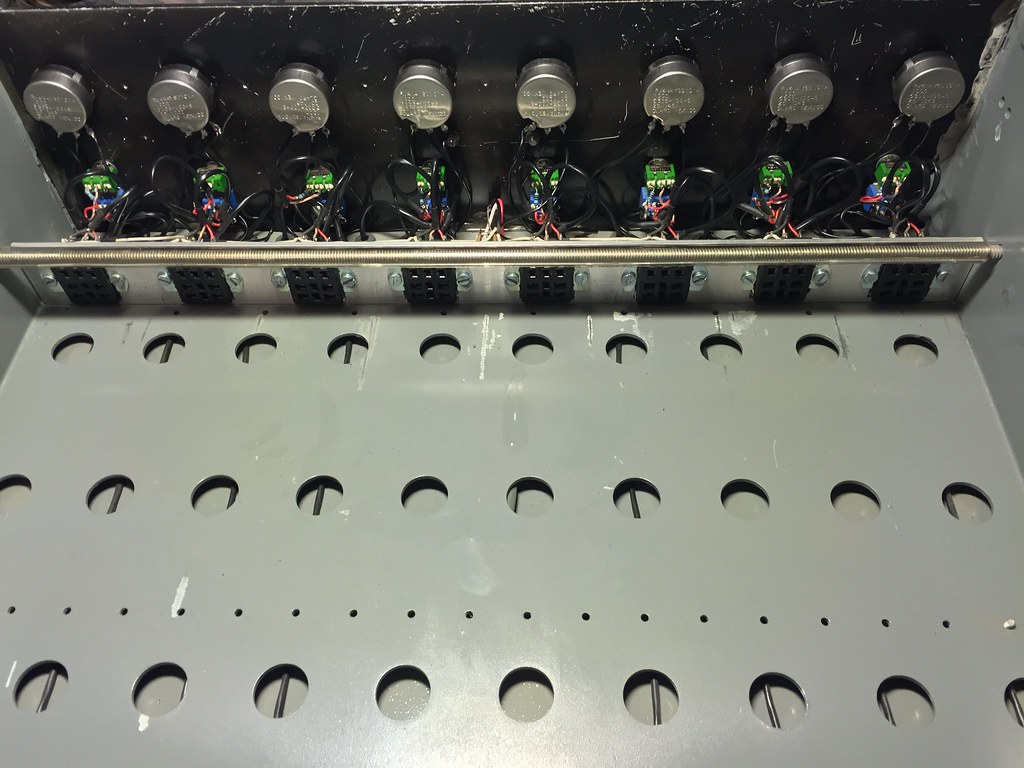 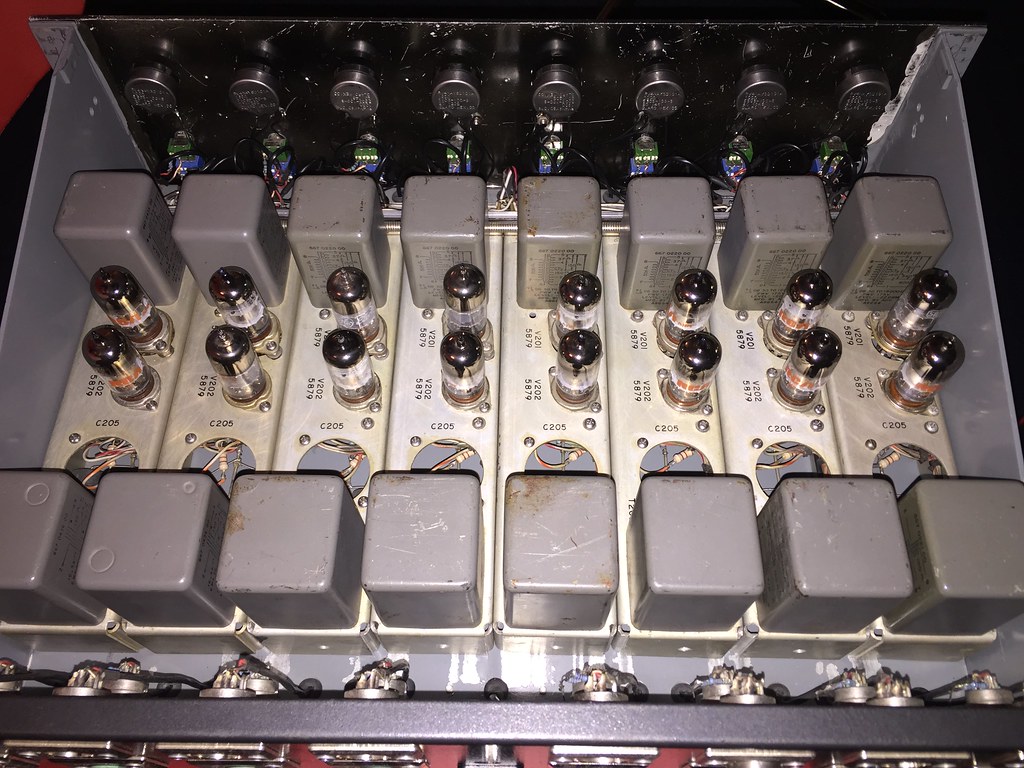 I made a lot of records with these, some charting in the US.

What a impressing piece of gear! I wish I could hear it...awesome!

You probably can.  Emrr is no small fry.

Doug, any Avett Bro's, Wood Bro's or other easily accessed tracks you recall these being used on?

Most Avett stuff I worked on.  They and a Sytek went to the remote location for Four Thieves Gone, used on Mignonette and both Gleam EP's to some extent.  All that stuff is ADAT, so capture fidelity is not as great as today.  The only Wood Bros. track I've done that's available is a cover of Rebel Jesus for a Christmas compilation.  That is a mix of 356A, Gates SA-70, and Sytek.  None of it means much without a full input chain list, and pics of the environment.

emrr said:
None of it means much without a full input chain list, and pics of the environment.
Click to expand...

Sure, understand. But a lot of the core character comes through. Listened to those early albums a lot. It's got a lot of that early-mid 60's Nashville character without the syrupy production. Just put a few tracks from FTG on and I hear 'em now - it's what I fell for after recording vocals for a couple of demos on some 356As years ago. I've had a low level obsession with these and their brethren ever since. Damn unobtainium transformers!

The way you've got these racked up is exactly how i was thinking of racking the 4 M-5215s (well, 2 and almost 2) I just picked up. I've got an old Ward Beck rack shelf with 8 slide guides on it and was going to put pads on the inputs and attenuators on the outs just like you had (someone recommended the same on an old thread). Now you've got me thinking about tinkering with the feedback.

Anyway, extremely cool and thanks for pulling these old pics out! Manna from heaven!

Were these used on the piano on "Pretty Girl from Feltre", by chance?

Probably Sytek, could be Gates SA-38 or Collins 26U in the original mix.
M

I’m late to respond, but I have to say Doug that is an amazing build. What a cool project! Kudos for restoring a piece of history.

That is the coolest piece of gear ever!!

This brings so much joy! Doug you are legend!
A

Wow Doug, what an exceptional realisation!