Hi all. I wanted to share a recent project. I purchased a Quad Eight bussing panel on Reverb a while back and converted it into a 16 channel line/summing mixer.

I finished assembly of the mixer back in October/Nov 2020. Matt from Iron Age Audio was a great help. The wiring isn't as pretty as I'd like, but someday I'll clean that up. The design uses discrete opamps on each input channel to unbalance the incoming balanced signal. Every output is transformer balanced with the Jensen JE-123-S transformers. I wanted to try out transformer color on the inputs, but didn't want to commit to building them into the mixer. My solve was to build an external box with 16 Triad A-57 / A-67 transformers wired 1:1 that I can patch in on the front end of the mixer.

I got the panels from Front Panel Express. Opamps/PCB design from Matt. Jensen transformers/VU meters/knobs were eBay finds. All in cost was a little less than $3k. Which worked out nicely since this was replacing a Neve 8816 with fader pack, which was roughly the same price. I built a Sound Skulptor MC624 for monitor control.

Hoping this can inspire other folks. If you have any questions, please ask. 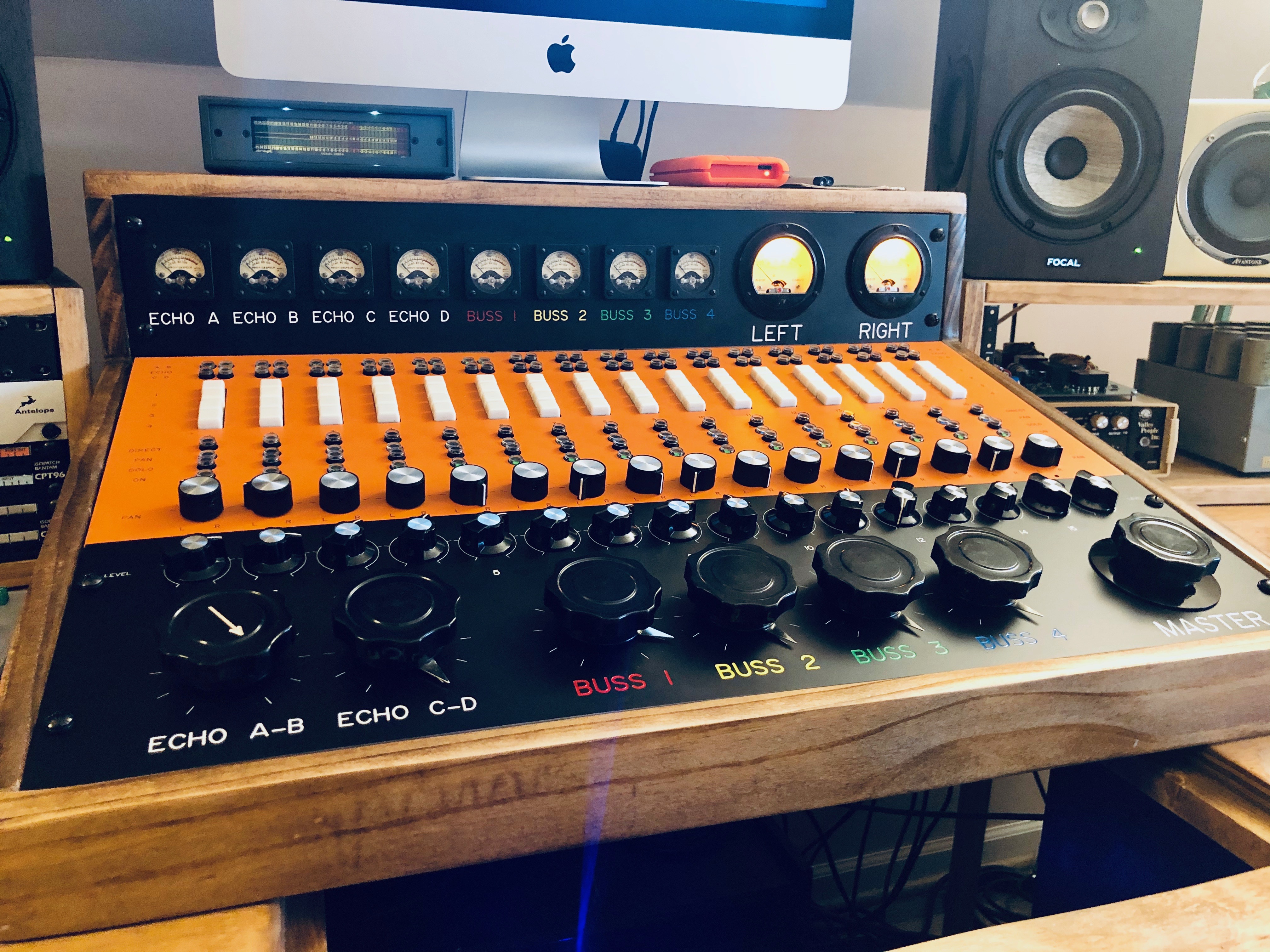 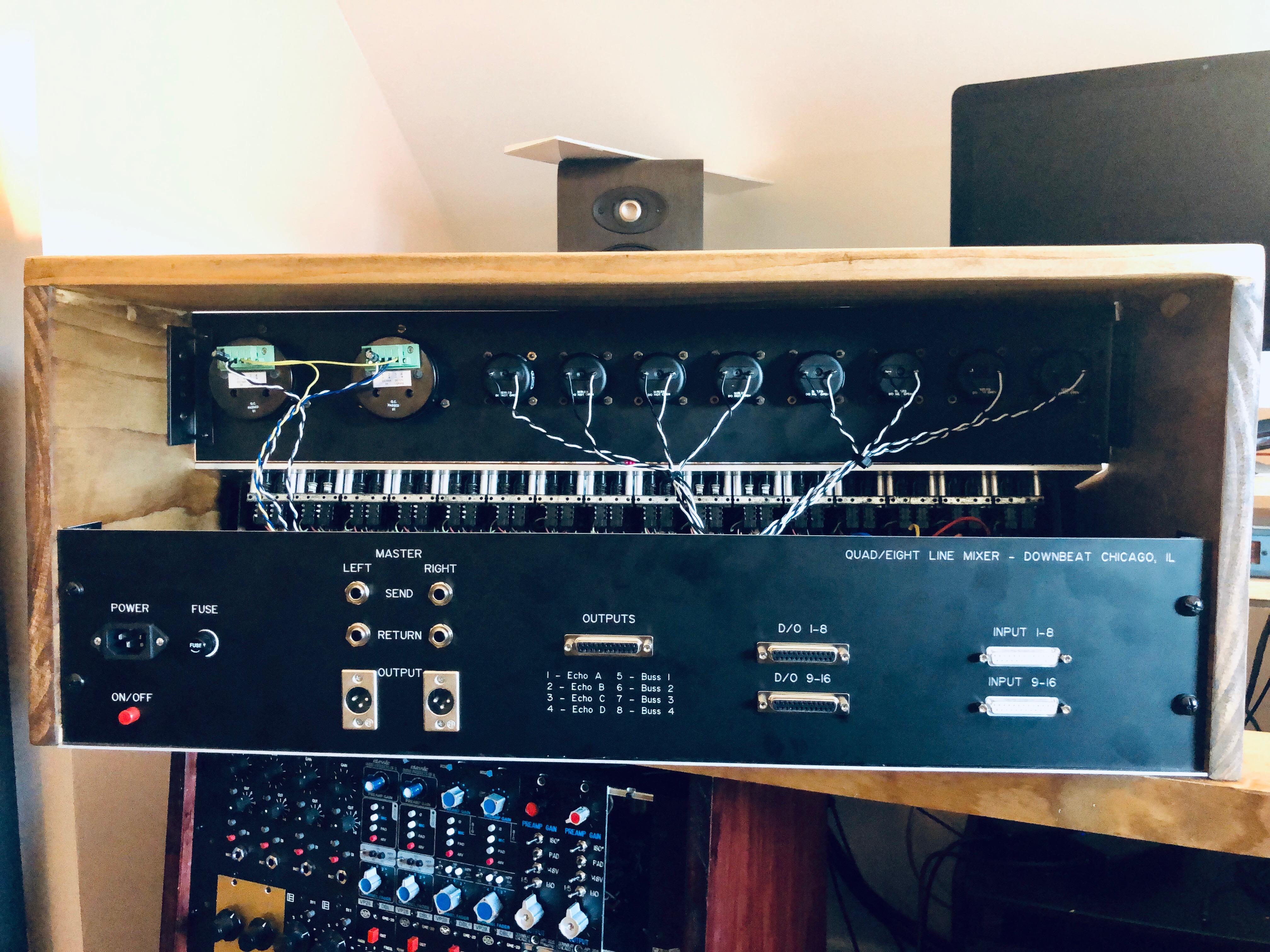 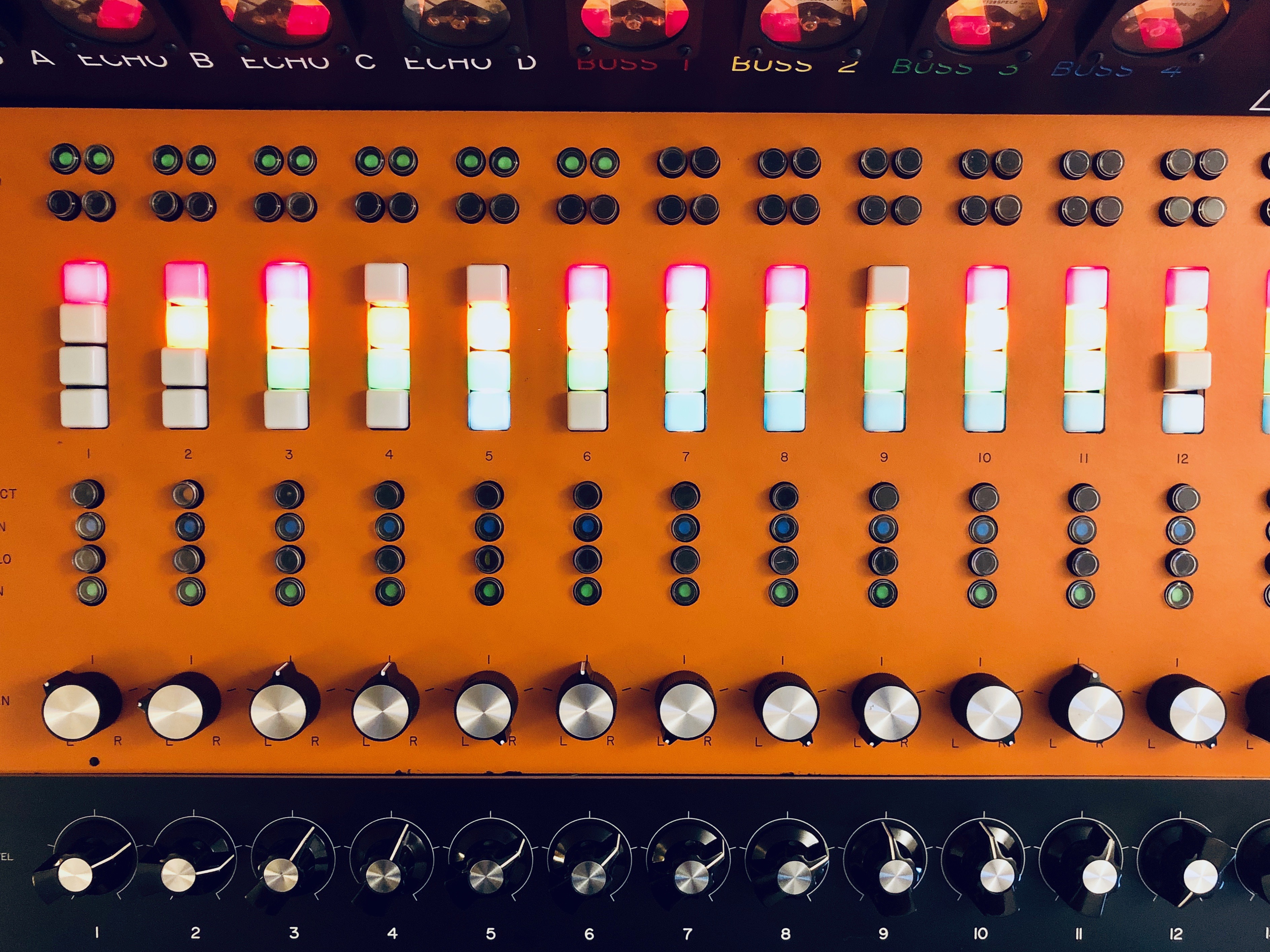 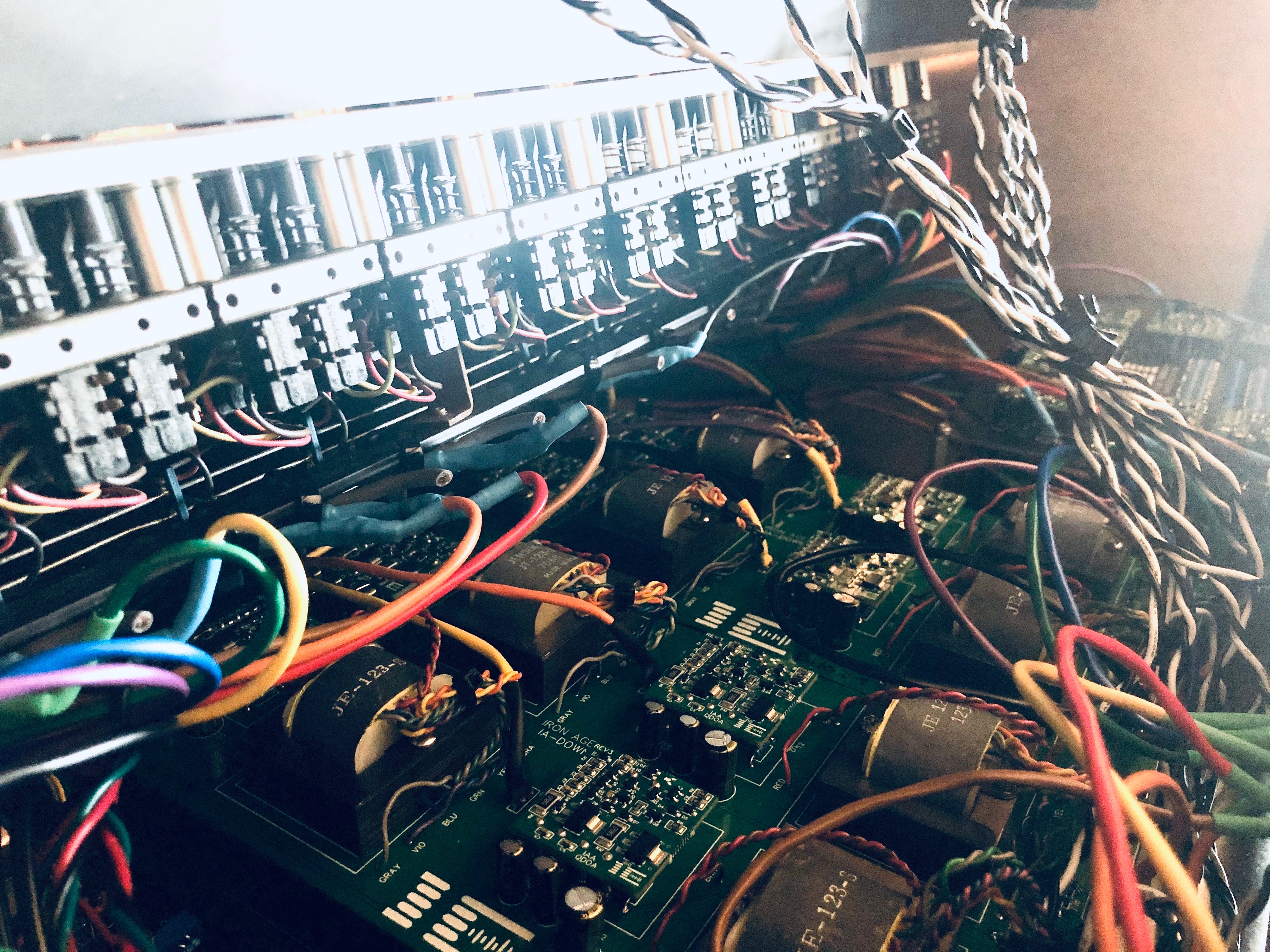 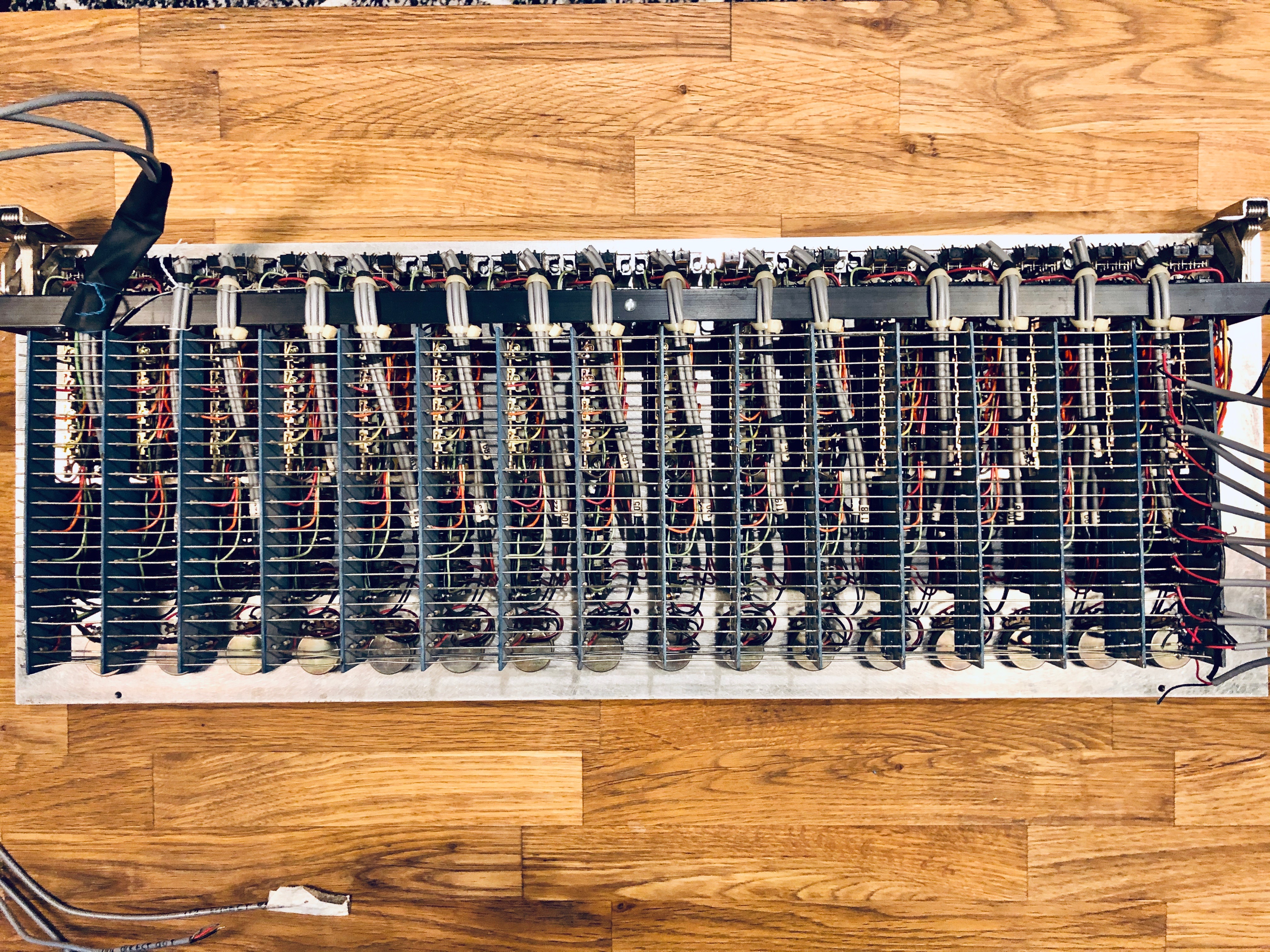 That looks amazing!  I love the color coded Busses.

Where did you get the lighted buttons? eBay as well?
E

Where did you get the lighted buttons? eBay as well?
Click to expand...

Great question. They were already part of that orange bussing section that came from a Quad Eight console. They're DPDT pushbutton switches  Each switch has a small light bulb with a plastic color filter. They eat up a ton of power and I have the bulbs running of a separate power supply. Eventually, I'll switch them to LEDs.

I was afraid you'd say that.