1937 6x1 passive mixer, expanded facilities beyond the stock version. Construction is wood panels with a thick Bakelite sheet for the controls.

The May 1937 issue of Broadcast News describes both the standard 78-A package and this specific install from Los Angeles, with a rough console signal flow chart. There appear to have been 5 consoles like this in the install.

This example has 2 more bottom row faders than the stock 78-A system mixer, the additions being 2 NEMO channels. The most advanced and unique concept is found in the use of 13 ‘local’ NEMO switches that were connected to a bussing system throughout the complex, so that audio from any other studio could be mixed into the local program. A switch up feeds NEMO channel 5 and down feeds NEMO channel 6. Confusingly, there are also ‘outside’ NEMO sources 1 and 2 in the switch panel. Momentary Talkback and Phone fill out the switch row.
Unique to this version is the use of momentary switches and relays for mixer channel on/off and output channel on/off, usually those things are controlled by local manual leaf switches. Channels and master are 250 ohm balanced ladders. RCA did everything at 250, WE/Telco was the source of the 600 ohm standard.

There are 3 available output channels for the mono mix and an external plant-wide multichannel monitor bus that could be accessed with a 9 position switch, feeding volume controls for Booth and Studio speakers. One might guess this console was from Studio ‘E’, as ‘E’ appears on the monitor select but not on the NEMO switch bank.

The 78-A type console was a little more standard than the customized MI-4104 type consoles that came before, still it was transitional in design with many variations appearing in it’s fairly short time span of roughly 1936-1938. The previous types were of a similar sloped wood case design, some steeper in angle, some more shallow. Here’s a standard Photophone version that had rack ears at one time. I’ve seen this as large as 8x1.

1932ish RCA Victor four channel passive microphone mixer with low and high frequency attenuation circuits. I say 1932ish because 'Victor' was removed from all name plates on all the 1933 gear I've seen. And the 1930-31 equipment lines used slightly different knobs. Surprising how flat this...

Broadcast News shows a 78-A as wide as 9 faders, as narrow as 2. Most have a standard round VI meter, a few have the ‘De Luxe’ series meter like this. The sales sheet shows a picture with the familiar mushroom knobs, and a drawing with these earlier 2nd generation knobs. This console has both knob types, and I wouldn’t discount the possibility a dealer swapped knobs in the last few decades. The round RCA meatball as seen here does not exist before 1936. There are examples in Broadcast News of stations having 78-A type consoles with all the amps being the next series, another transitional aspect.

The 76 console series that came a year later were the first RCA 'consolettes' to incorporate the amplifiers within the same chassis as the mix surface. The 76 program amp is largely the same as the 40-C/D program amps, and the preamp is the same as the 85-B from the 80 series ’Economy’ line. There was a modular console series (80-A/B) in the economy line that was more ‘deluxe’ than the 76 console, confusingly, being essentially a 76 console but with individual amp modules mounted in a desk style console frame having control surfaces. The 76 consoles are truly the ‘economy’ units of the bunch, though the circuits and transformers are largely the same. The stock consoles that were purely control surfaces like this ended at WWII, though Gates still offered a similar system post-war.

What an absolutely fantastic find and share. Goosebumps. We are filled with questions right now. Look forward to hearing your description. Watching this thread with enthusiasm!

Very nice. I like these Art déco style elements! A real beauty! 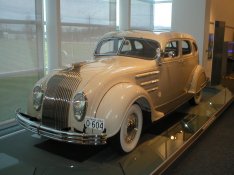