Wilma and the kids have secured the trade/purchase of a RCA BC-6B and have officially registered as a Canadian Not-For-Profit (along with partnering Inport/Export Brokerage) beginning the process of bring into Canada, and catalouging, a small (RCA Knbos) to large (Tube Consoles) collection of vintage tube console designs.

Doug ( @emrr ) inspired us to dig deeper into the history of RCA and American Tube Audio Technology. John Vassos became the defining factor and link that chanined ALL of our Custom Tube Console stories together. Being who I am, in true manic fashion, I spiralled into the world of this brilliance. Who is John Vassos? If you have ever heard the terms "Art Deco" or "Industrial Design" (that's sort of him). 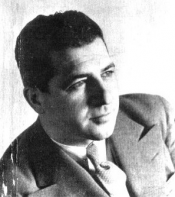 With this understanding, when we lightly pitched the idea of a Vintage Console Exhibit to our friends at Royal Ontario Museum much of the conversation gravitated towards the creative works of John Vossos as a catalyst to a much larger installation. I actually did very little to motivate the conversation.

Before this turns into a thread of me gushing about Mr. Vossos... if you allow this mellow for a second, it's pretty cool.

There is more. As many are aware, I am only a novice learning tube technology all under the guidence of Mr. Ian Thompson-Bell (@ruffrecords). The Custom Tube Console designs of his devise are the foundation and driving force of this initiative as well as our educational backbone. Some time ago, and with Mr. Thompson-Bell' consent/help we connected with Neve regarding 3 consoles he desinged for The Who and Peter Townsend while with the company in the 60/70's. 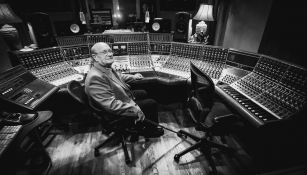 We tracked down all 3 consoles. It was then we learned of Mr. Rupert Neve' (pictured above) first console designs and the reality that they were tube driven. Further down the rabbit hole we learned that Mr. Doug Williams reveresed engineered a first Neve Tube Console (Doug is morally sworn to secrecy regarding the Neve design).
Wow! At this point the story we were after was writting itself. We researched and reached out to Neve in hopes of speaking with the designer himself about his early designs. Prior to connecting with Neve regarding our request, Rupert Neve passed away (RIP). Shortly after our initiative became in part a memorial to Rupert Neve's and his families contributions to the world.

Lets stop here. At this point we can confidently say that ALL technical information regarding our builds will be spearheaded by Mr. Ian Thompson-Bell or Mr. Doug Williams. I am not equipped to lead this discussion but will provide all the tools (within reason) to make it possible for us all to be as involved as possible. Furthermore, we are not prepared to tackle refurbishing something as bold as a RCA BC-6B Dual Channel Conselette.

10 years ago Mr. Thompson-Bell expressed interest in this console. The RCA BC-6B will be imported from our US collector into Canada for documentation/ownership/legal and sent to England where Mr. Thompson-Bell can rebuild or admire at his leisure. In the event we do curate a full exhibit we would request the Consolette be refurbished for the installation.

Here is a decade old thread about the RCA BC-6B.

To round things out. We have a RARE one of a kind American Made tube console that we will be adding a thread about next. Langevin? I think.