I finally got one to play with in order to get to the bottom of the case. Some interesting stuff, but no rocket science. Very doable for a DIY project, as the software is available for download, and is the heart of the system, great results can be achieved relatively easily and inexpensively. 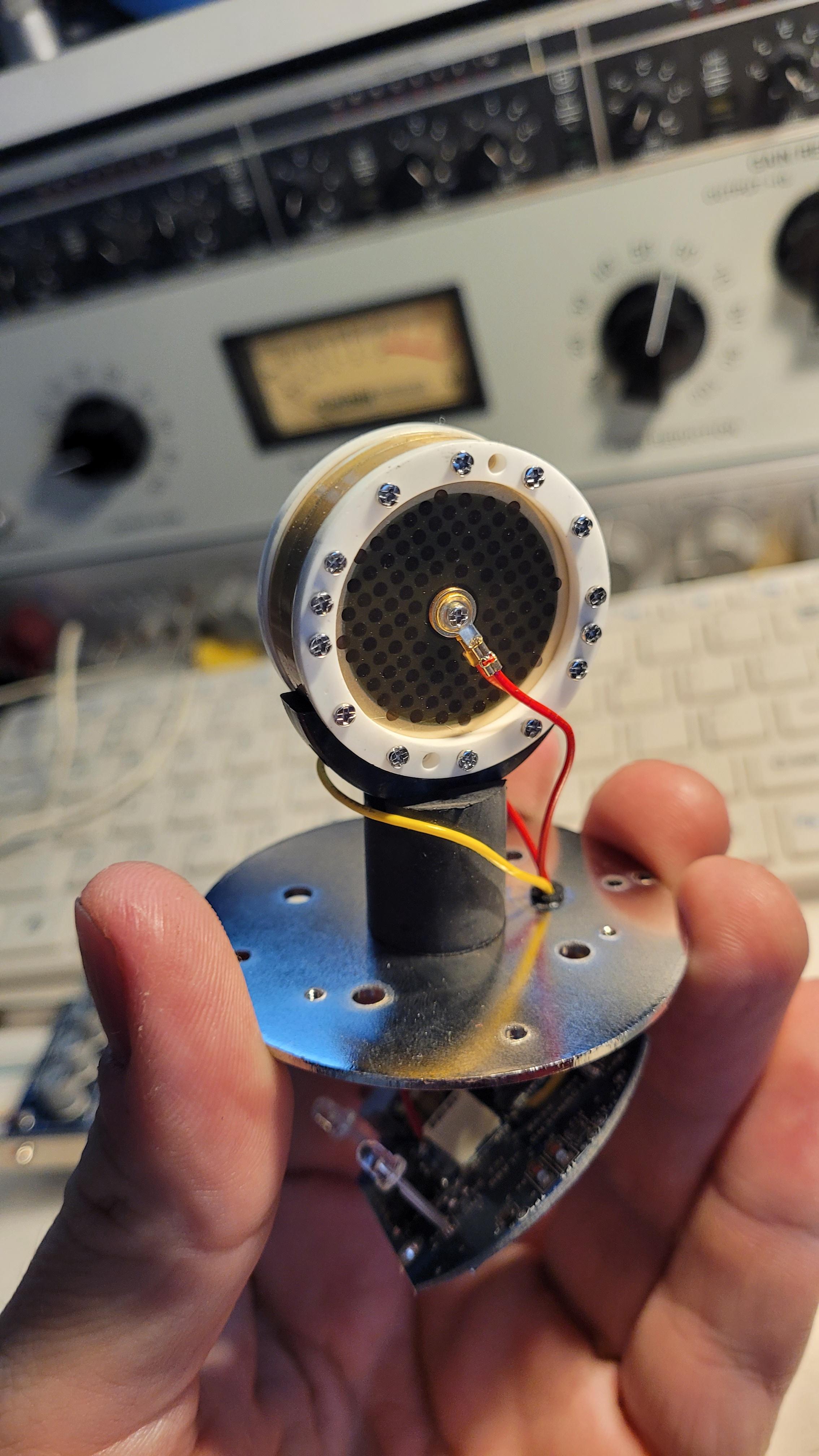 Front to back FR and sensitivity comparison.

As you can see, the frequency response of the mic is not flat. It is corrected in the software, first to flatten it out, then to apply various curves both to front and back to emulate responses of various mics it emulates.

Now, can you just stick this capsule in a random dual out mic and use it as Sphere? No, there is HF attenuation built in the mic which serves as a kind of hardware key. It looks like this, measured by injecting signal into the mic.

This is Sphere's filter compared to typical ''Microphone Parts EQ'' mod for schoeps based circuits. This is SP C1 with two 10k resistors and 1nf cap. Difference bellow 50hz is due to coupling caps in C1.

I have created a CSV file which can be loaded into CurveEQ from Voxengo, just before Sphere plugin so that one can use a microphone with mentioned 797 audio capsule in a flat circuit.
https://app.box.com/s/nq2a3rsi961z8dimr6rra0t5fpm88by8

Here's how the response of the capsule looks like when built in filter is taken out, compared to stock mic.

The headbasket shape plays a role of course. If one decides to go DIY and make their own version, this should be taken into the equation. So u47 shape is the way to go. Here is the response of the mic with and without headbasket.

Wow! Headbasket does play a role! Yup, but how audible it is might be debated. It is clearly measurable.

How about the electronics? Interesting, but i didn't bother to trace the circuit. Filtering curve can be achieved in Schoeps and other type circuits, so why complicate things? The way i see it, it's capsule straight to TLC070 which is used as the first stage. And yes, the mic is dead quiet and has crazy low THD. So this opamp might be something to think about. 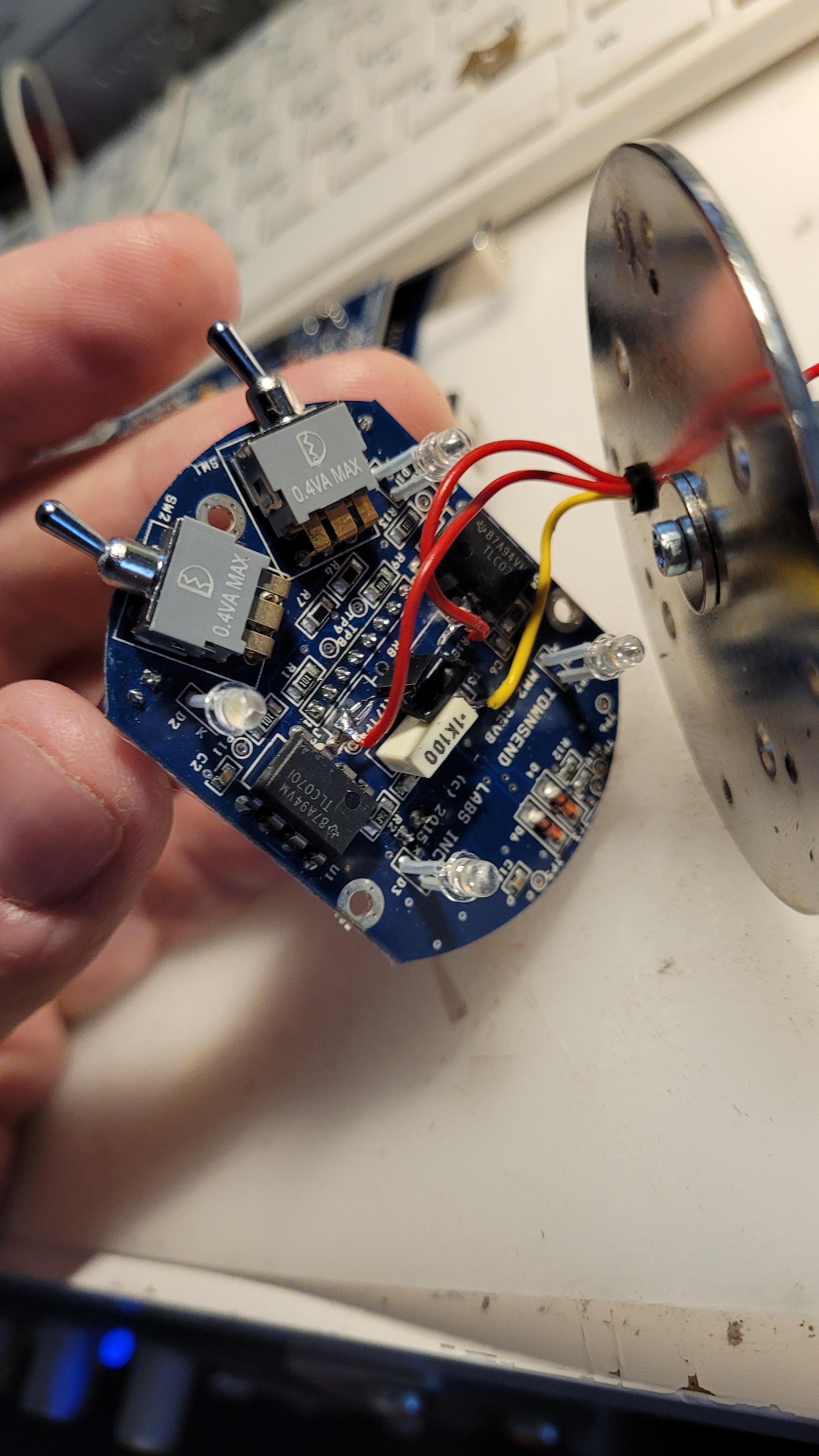 Polarisation voltage is about 60v, supplied to the backplate, i believe the topology used for the voltage multiplier is similar to Rode NT1. 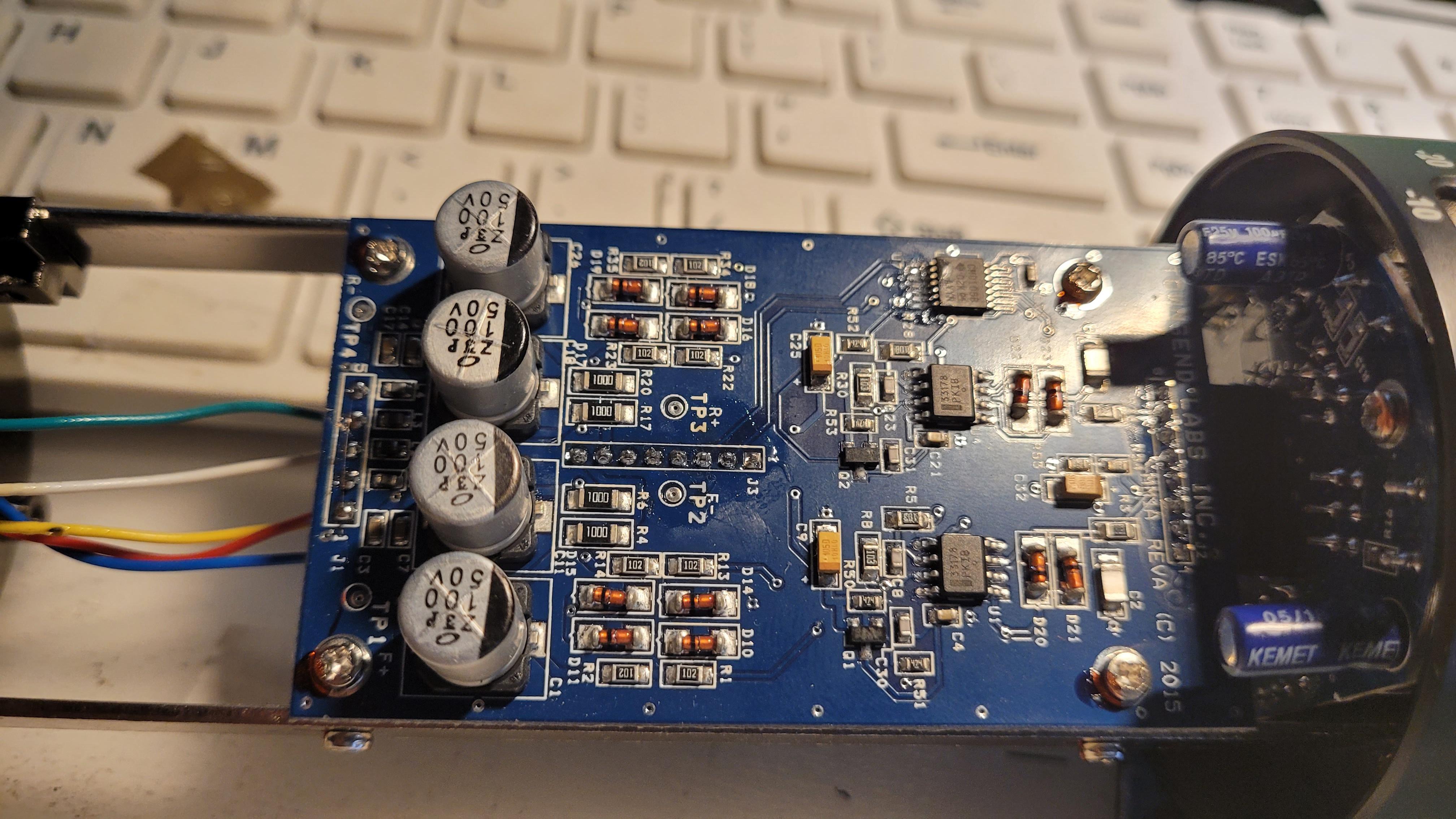 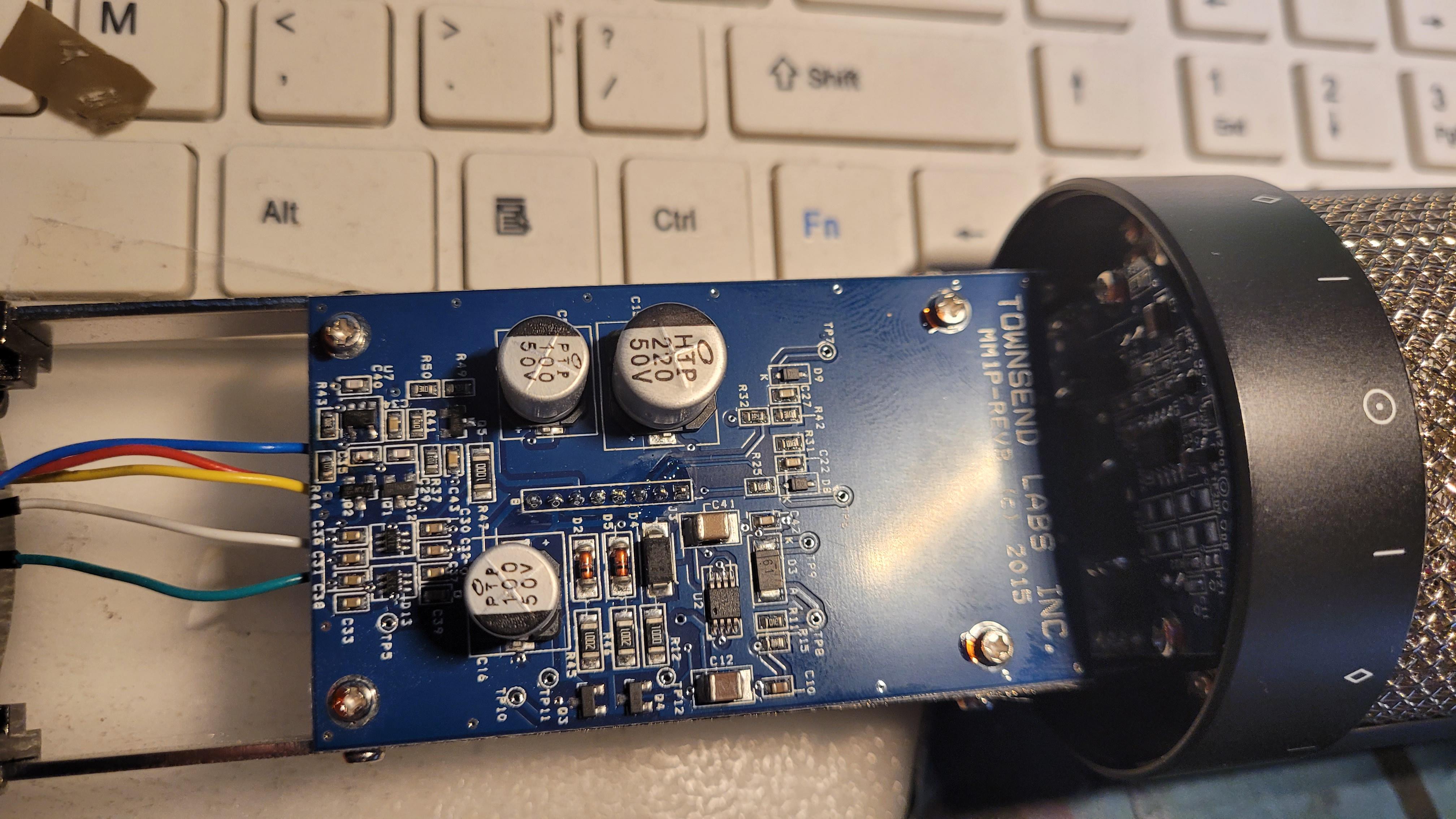 The signal goes further to the two 33178 which split and balance the signal. Probably similar to Jules' arrangement, but that is just a guess on my side.
https://www.instructables.com/OPA-Based-Alice-Microphones-a-Cardioid-and-a-Figur/ 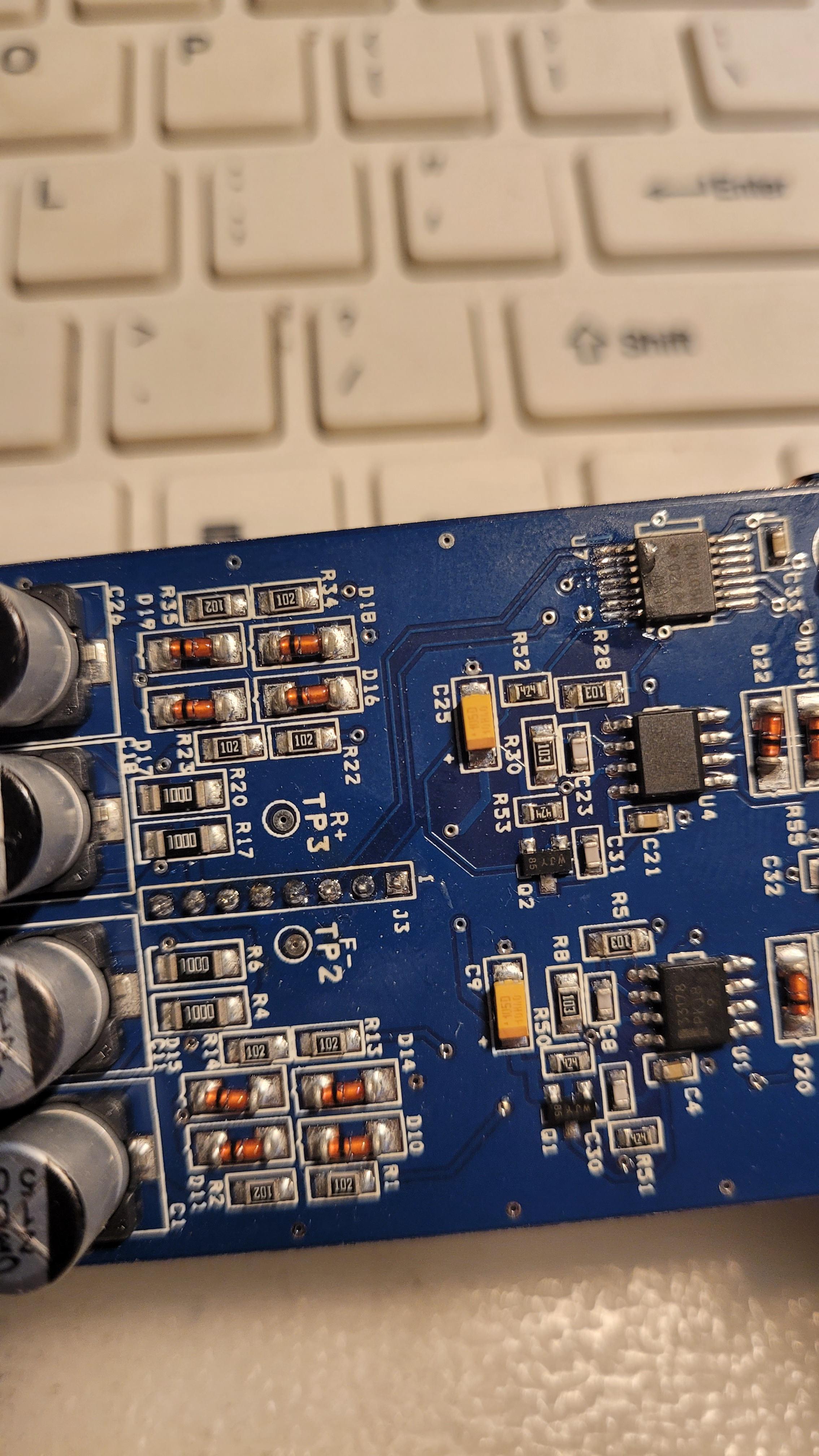 The mic is extremely useful even without modeling capabilities. I've used several versions i had built myself, and for room stereo, M/S miking, is a must for me. The comparison measurements and audio shootout at Audio Test Kitchen show Sphere's Sony C800 model and the original are virtually indistinguishable, seem as matched pairs in measurement graphs. I enjoy using this emulation. This makes sense, as both mics are based around same type of capsule and share similar headbasket shape.

Sony's capsule. Darn, those look similar, and according to some measurements and calculations i've taken they measure remarkably close. But i'm not claiming anything! 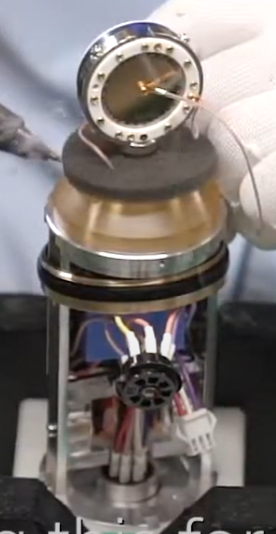 I'm not sure if you mean they are the same capsule. Sony has no reason to buy capsules from another manufacturer. They are very proud of their  Sony Taiyo division which manufactures their mics.
K

Never said they are the same. I wonder if 797 got hold of the blueprints, or just based their on Sony's.

Nice posts.
The most interesting thing for me was the TLC070
K

Here's my own version in a MC03 body. Performing and measuring just as the original. Circular PCBs made at JLCpcb. Designed them using easyEDA online.

There is one caveat. Taking working hour prices into consideration in Norway where i live, and time i spent on research, making and designing it, it's price quickly came to more than double of what original costs. So there's that 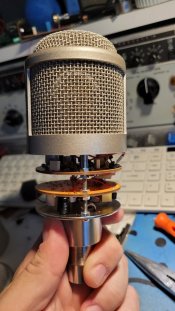