You know I hardly ever (read: never) show off around here with the stuff I built, but I reckon this one here truly deserves it - more precisely: Somebody deserves it!
So here's the story: A long long time ago [silent:arts], Jensenmann and I met at Jens' place for a drink, a chat and also to listen to Pres for comparison. The RCA BA71 and Neumann V476 pres were among the best ones we heard that night. While nicely chatting Jensenmann suddenly grabbed two BA71 input transformers out of his workshop and handed them out to [silent:arts] and me. Later, [silent:arts] forwarded his transformer to me, because he himself had no use for it and so my intention to buid an RCA BA71 clone tightened more and more. Jensemann was also kind enough to find out appropriate replacement transistors for me and since the output iron for my clone originated from a groupbuy that Jensenmann organized, I was determined to call my clone... 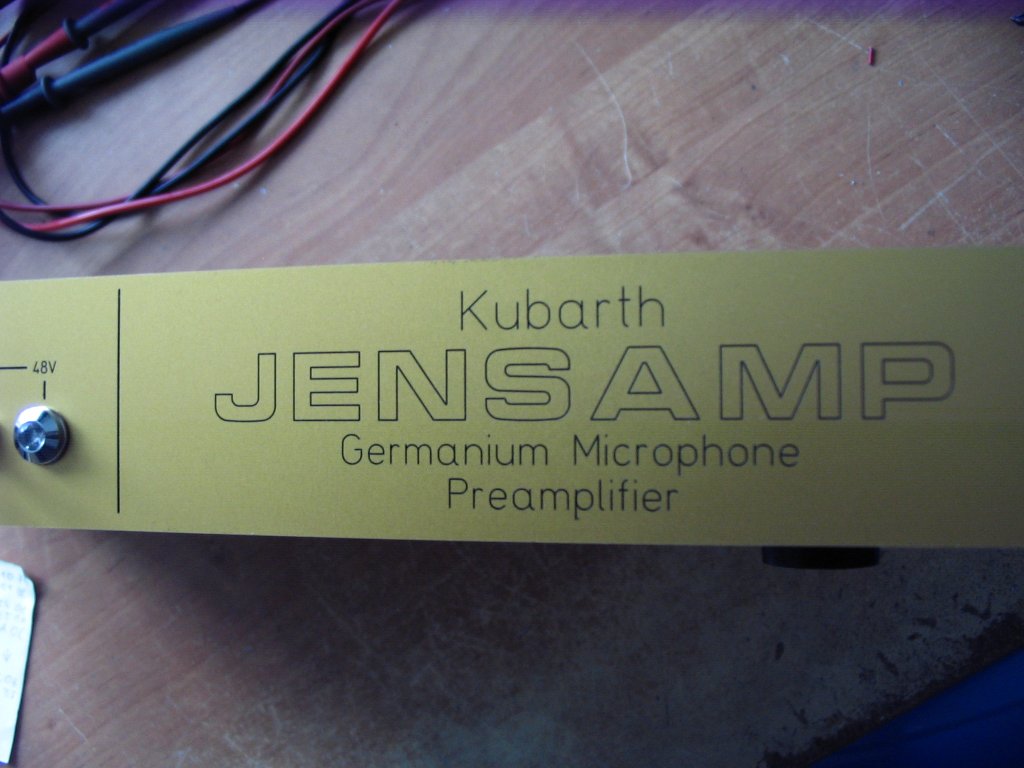 I try to avoid to call it an RCA BA71 clone, because the circuit is heavily modificated:
- doubled the output stage for better drive capabilities and less distortion
- changed the feedback line for variable feedback and thus variable gain
- not only the feedback resistors have been made switchable, but also the bypass caps to ensure the same frequency response at all gain settings
- recalculated almost all caps and resistors to values that give a broader frequency response and more headroom. Caps are cheap nowerdays, so it's no deal to keep them as small as possible.
- replaced some of the transistors with easier to source ones
- added a DI input
- added 48V phantom power
- added switchable input impedance.
- and so on... 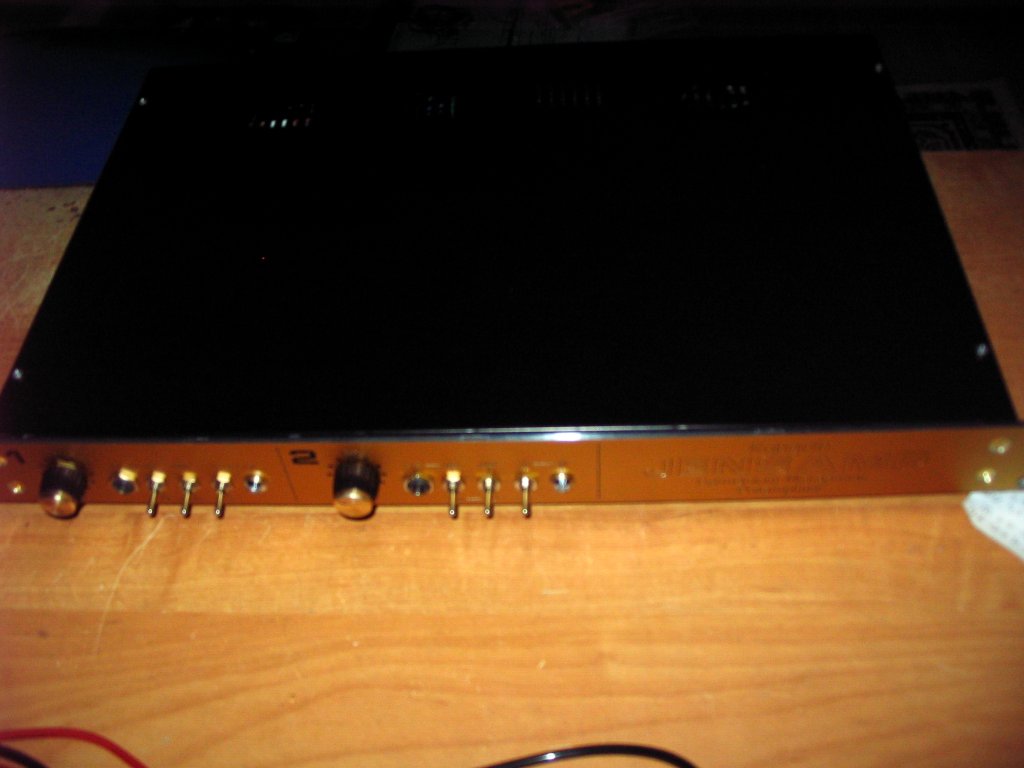 And here's the usual pr0n: 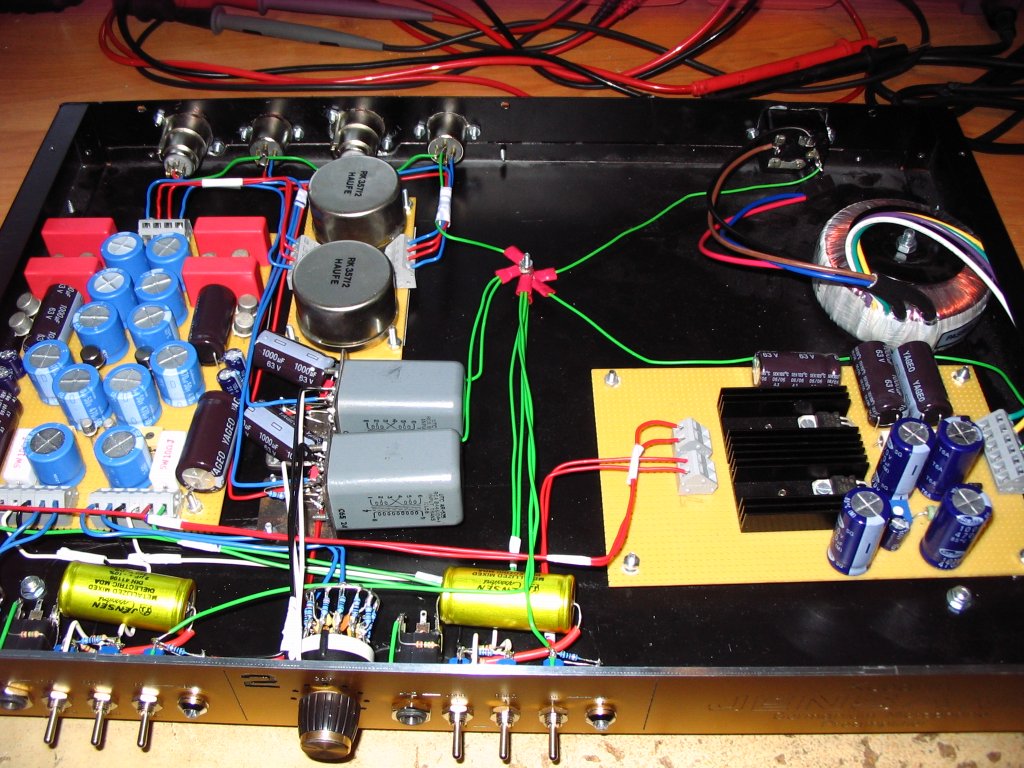 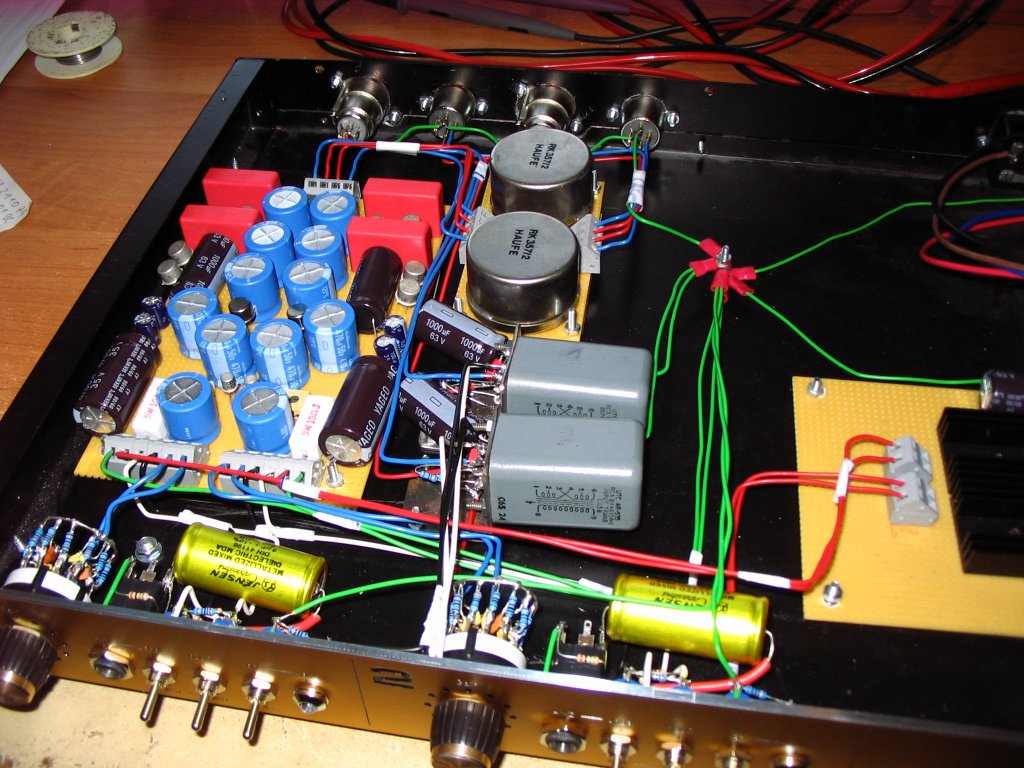 That should give you an exact idea of what a star ground is about - in case you were ever in doubt :wink: 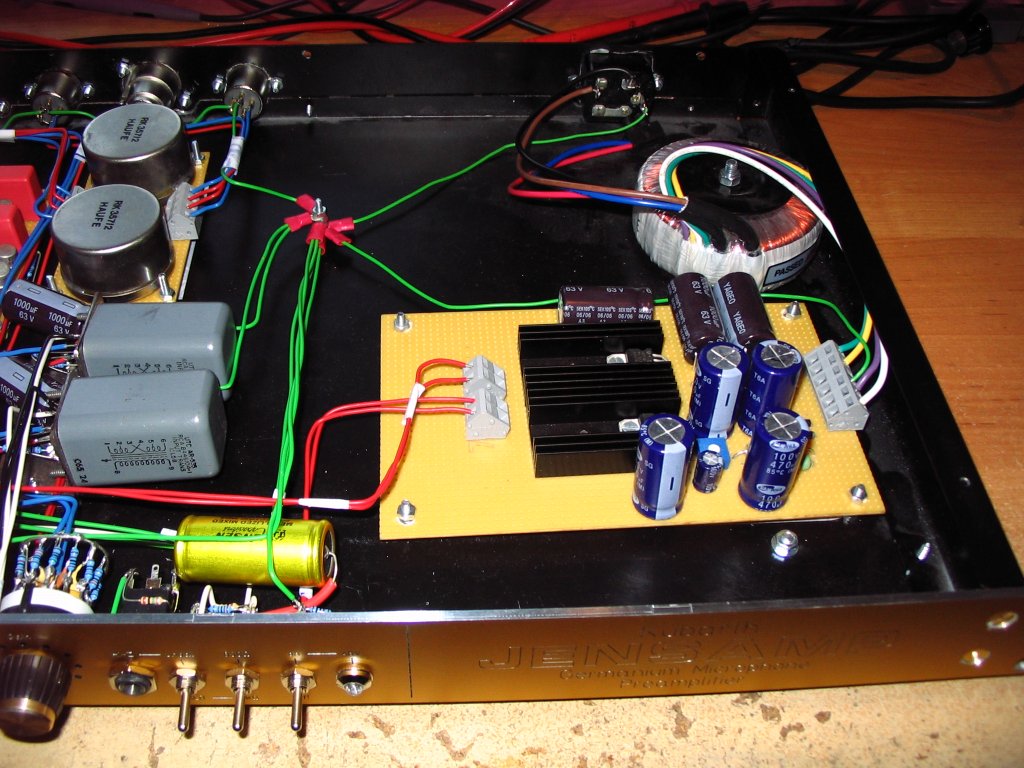 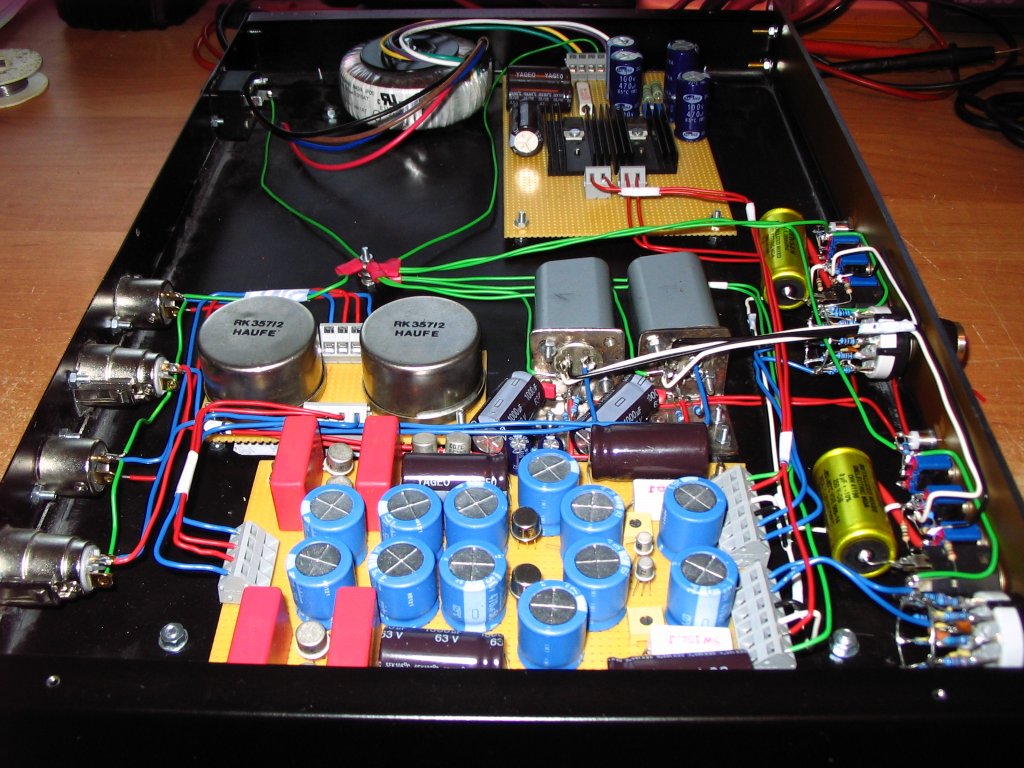 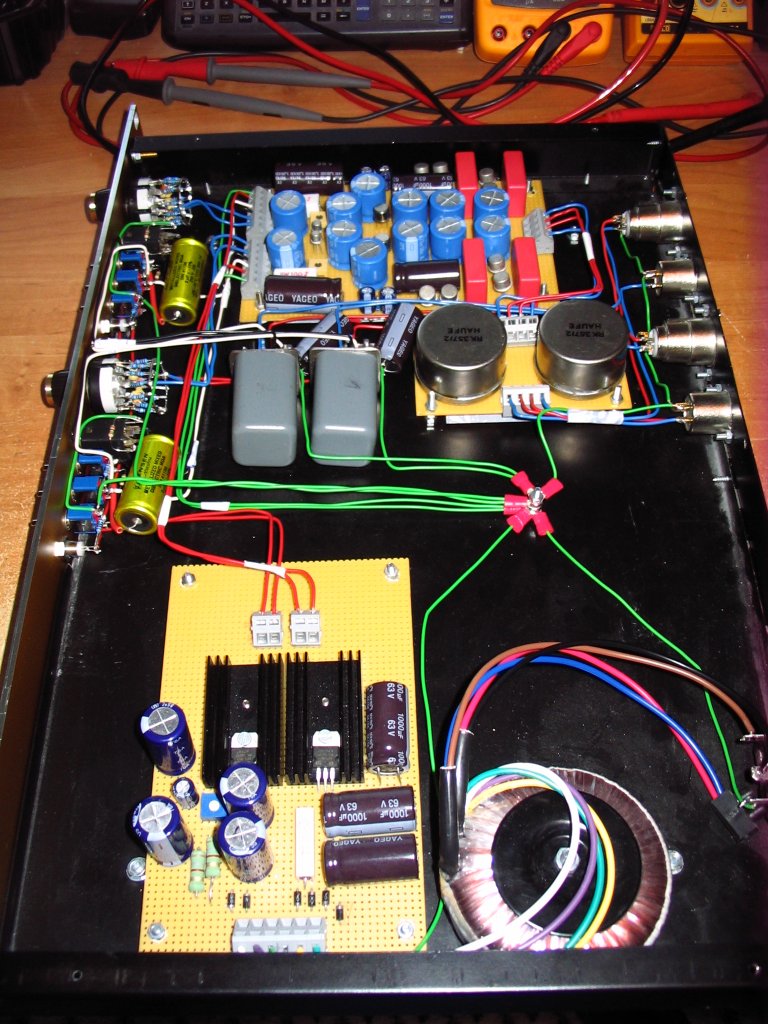 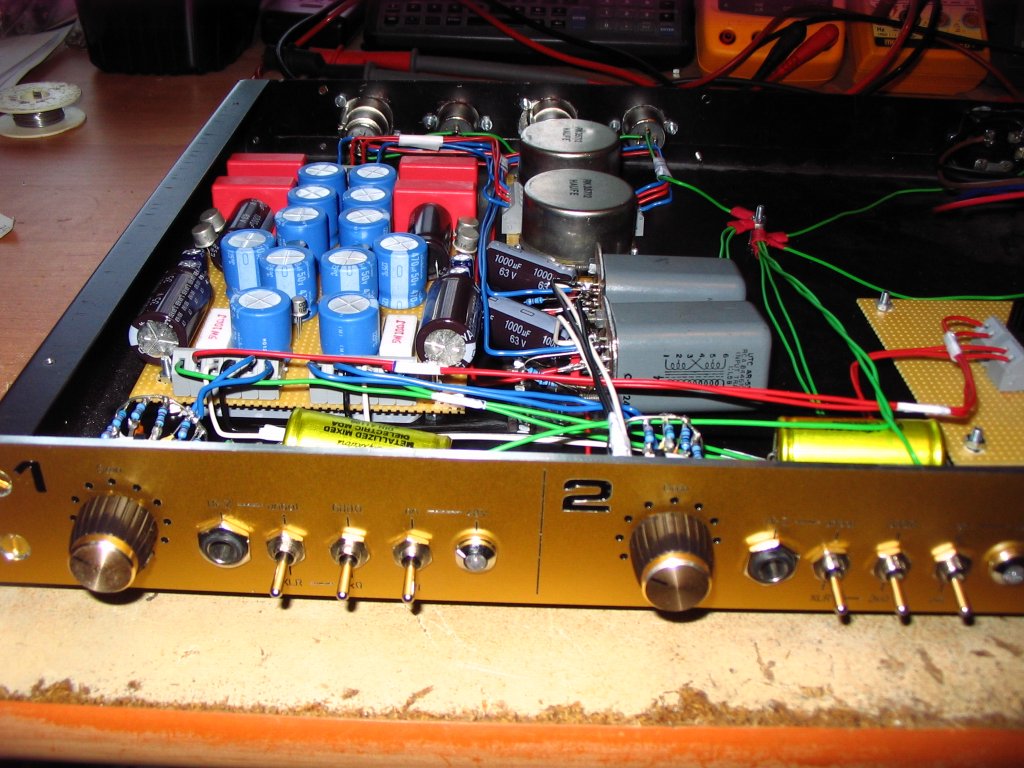 Tons of dust in the corners But it's all good for a more "vintage" sound :green: 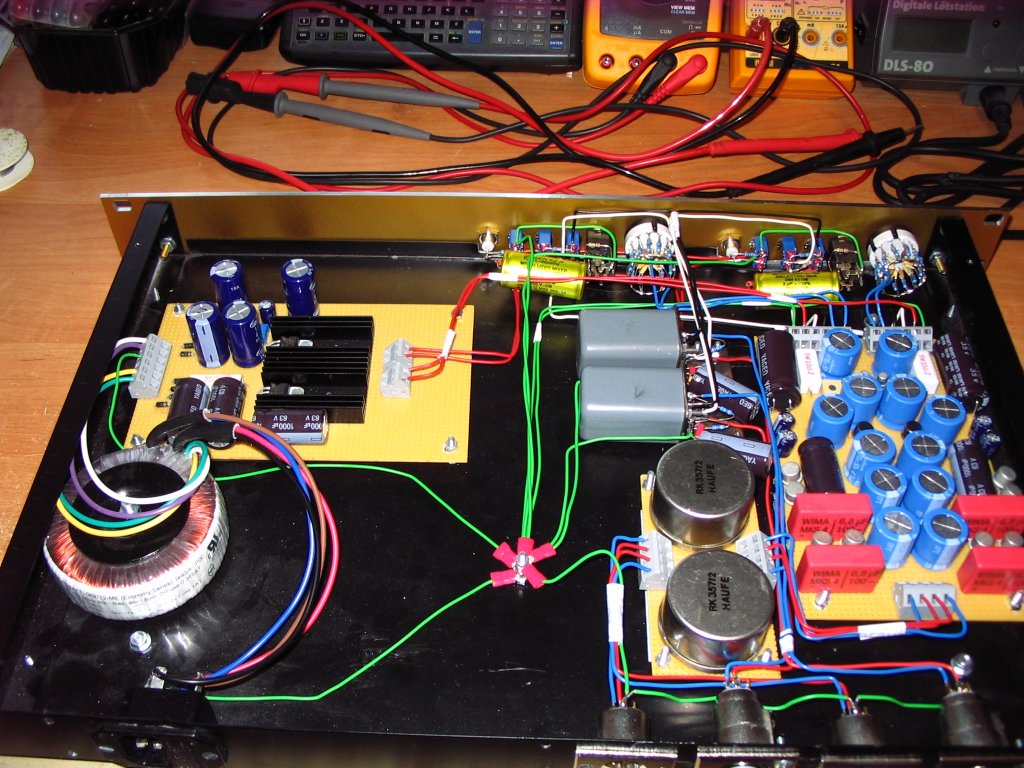 The transformers that everything started with: 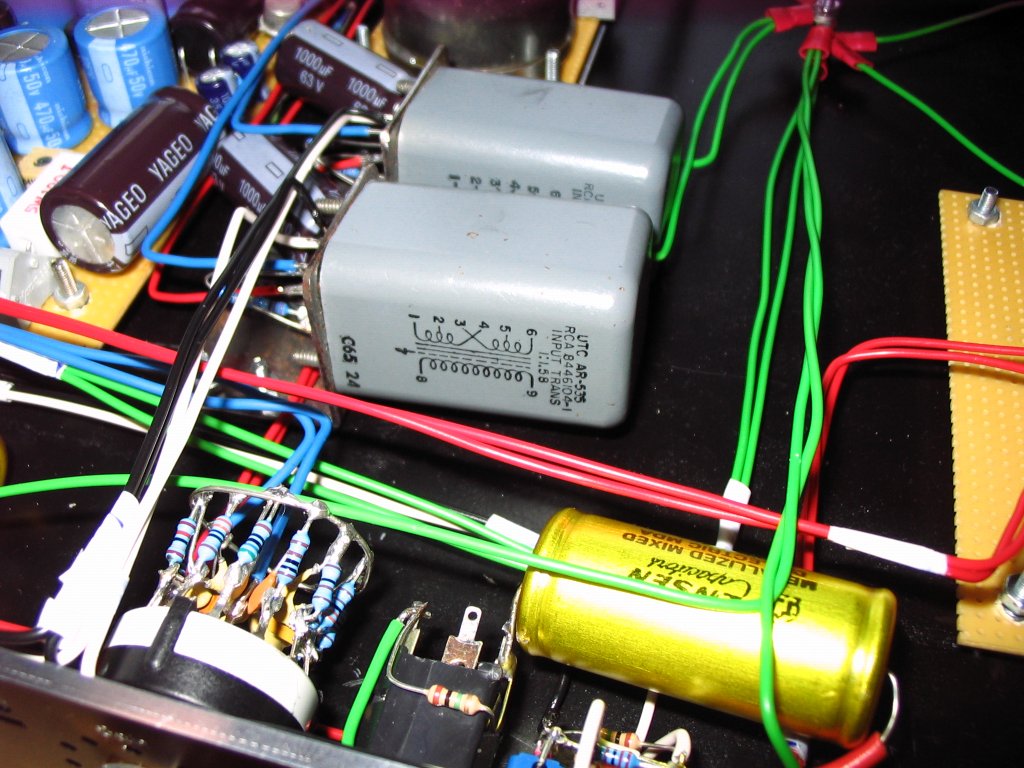 Jensen-Caps to stick with the name :grin: 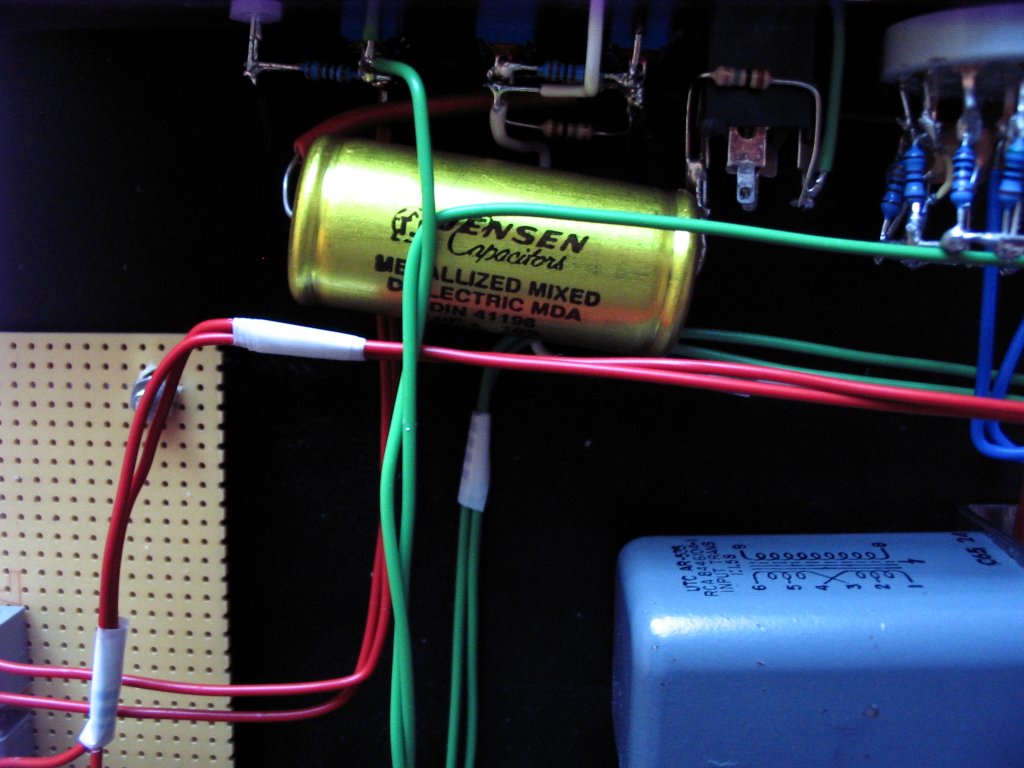 That's art, the signal board from the bottom: Point to point, the true spirit of DIY at its best  (Well, maybe I'm just to lazy to design and etch a PCB :green The switchable feedback resistors and caps: 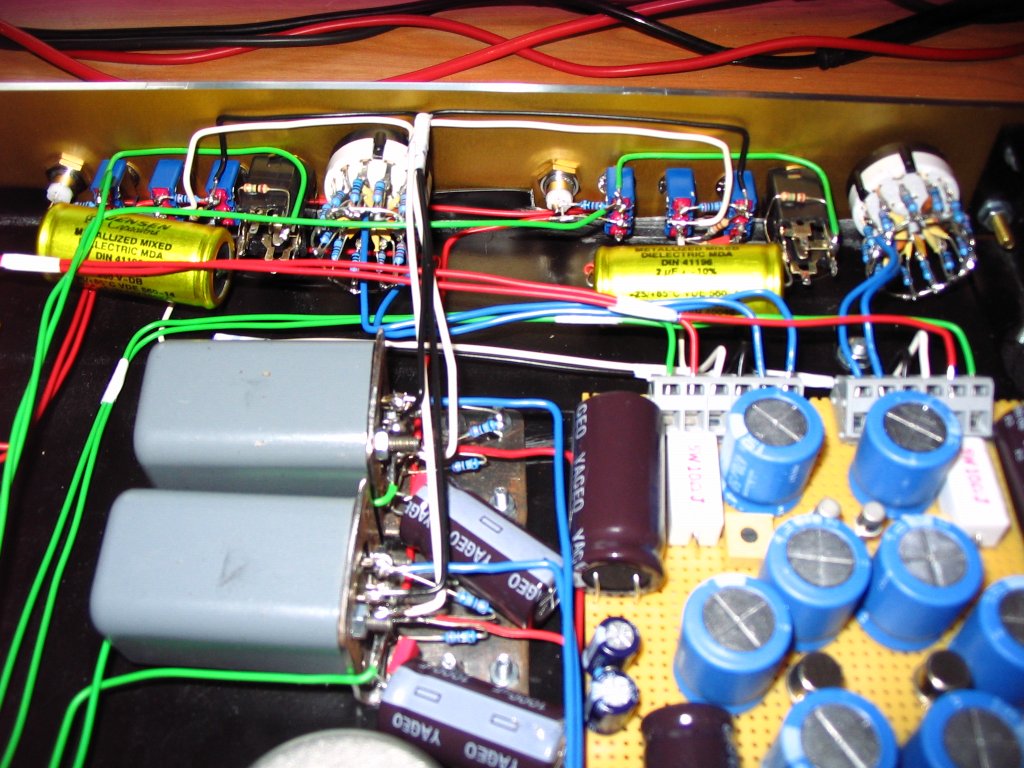 Everything you need for everday's use: 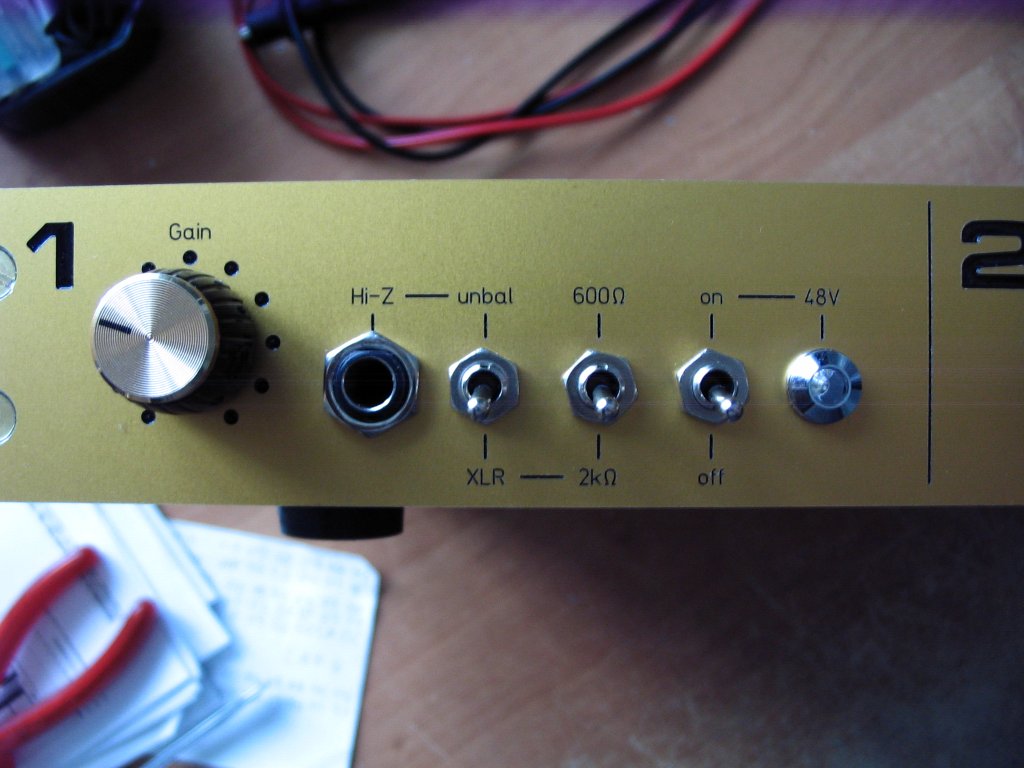 The sound??? Big bottom end (read: balls! :green.
Feels almost like the proximity effect known from good condenser microphones. It's that in your face sound that you might know from the narrator's voice in all the education movies you've been shown decades ago at high school, of course not that heavily overcompressed, but you get the idea. And it's still very clean and detailed.

Oh, and while already being so outgoing today, here's a previous yield from the current quarter:
(Thanks to Analag and [silent:arts] for the spadework)


Kudos to [silent:arts] and jensenmann for (also mental?) support over so many years!  :thumb:

beautiful. wish you post more of the stuff you make. thanks for sharing.
T

I took a look at the site, those monitors/speakers are sweet..

looking forward to meet you all in a few days :thumb:

Now that's art - and a proper veroboard layout, too! :thumb:

This sort of stuff is much more interesting than the usual pre-fab PCB project boards, etc.
M

Holy Moly, that´s a goodlooking piece of gear. It reminds me on something but I forgot what.... :grin:

too much honor, Darius.
The first round :sam: next week will be on my bill.
R

The knobs look plastic to me.
S

what co. is making those large switches with black caps (stereo/ dual mono) that you used on the compressors. where can i get them?

[quote author="syn"]what co. is making those large switches with black caps (stereo/ dual mono) that you used on the compressors. where can i get them?
[/quote]

They caught your eye, too? They look great.
K

But where are the tube sockets, huh?

WOW, that´s the fucking greates MB1 clone ever... I have been telling you to show it in the forum for years... :?

Hey, I remember someone saying that on a RCA germanium preamp clone, the NTE germanium transistors sounded much better than the originals. You could try those. They have a cross reference for all those transistors. Then you could still call it "all germanium" if that means something. At least, front panel wouldn´t be lying.. And maybe with the NTE transistors, it sounds even better than the silicon, who knows...
S

well, i certainly do. always like to see a personalized design...
love the xxl mentors...