A Summing Amp I Built

White and yellow are my picks for out of box.
If those are the ones, I think I might be a convert. Plugins don’t do such a nice job of rounding things off. The tracks sound together, but not necessarily veiled. Of course, for some source material, blue might be the right choice.
Im generally curious if we could tell them apart if A was a loud 2 track mix into the summing mixer and B was summing 9 stereo mixes that hit the 990 with the same input V p/p.
Know what im saying? Is active summing the source of the sound? Is avoiding protools math the magic? Is it that all of the D/A’s working at lower levels that provide more headroom or less intermod, or more quantization distortion or something giving us a sound we are more used to? I personally doubt these claims, and think the transformer is the principal source of nonlinearities.
But then again, Im wrong ALOT, and Im comfortable with that fact, because it keeps me learning.
Last edited: May 25, 2021
B

I’m at work and honestly can’t recall which was which (intentional, wanted to make it hard to listen with expectations) but my impression was that the biggest change was in the low end. The thumpy bass is more muted in the analog summed versions than the digital. Those cinemags are CMOQ2 and have pretty high handling at 20Hz (and were talking about more like 40Hz anyway) but they may be starting to saturate with all the gain I added. I should do the math on the signal levels tonight and see what I’m really hitting it with. Add gain controls to the feature list for version 2...

Attached are screenshots of the outputs of my summing mixer as monitored in my DAW with a spectrum analyzer plugin. I bought the parts and designed (mostly) the board to make a smaller, EMI shielded supply. 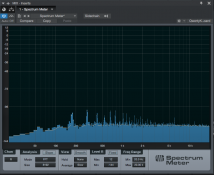 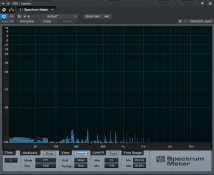 In terms of levels hitting the transformer, is this thought process correct? The bass track is peaking around -12dB, this is reference to full scale. If the outputs are calibrated to +4 that would make the analog signal -8dB; I'm adding 12 db at the mix amp so I'd be hitting the transformers with a +4dB peaks at 41Hz (Low E on bass)? Something like that? There's some more energy in that range from the kick but am I roughly on the right track?
B

And here is a quick screenshot of the board for the DC-DC converter board I'm going to try next. This has been on my bucket list anyway so now's a good time to try it. It will be 9-36vDC in to +/-24vDC out using a PDQE15-Q24-D24-D from CUI. It may be easy to follow without a schematic due to simplicity but I'm implementing the EMC recommendations on the input and output, a ground plane on the bottom for shielding, and 10uH chokes on the output. I'm planning to 3D print a little box that will be lined with copper foil tape for a top shield if needed.

It's an isolated converter being fed from a non-grounded power supply (probably a standard wall wart for initial testing) so I have to think through grounding a bit. The output side on the left will get referenced to audio ground at the mixer board, that's easy. I wanted to use a ground plane for shielding AND for a low impedance return for the caps so I tied the low side of the input to the plane. I'm debating whether this will provide a shielding effect if the PS isn't grounded so option 2 is to then tie the ground plane to chassis and let audio ground facilitate shielding.... I think this would be OK because no current from the incoming DC supply should flow through this ground (As long as the supply is transformer isolated). Option 3 would be to run return traces back to the 0v input terminal and use the plane only for a shield tied to chassis which, again, will get ground referenced by the audio jacks. Maybe a ground stud on the chassis as an option? 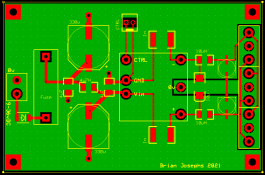 Power supply board came out great and works as intended. There’s about 5mV of high frequency ripple on the outputs but I’m not assuming that will be a problem. Need to make a new harness for PS wiring and then I can test it in the mixer.

bjosephs said:
So, several years ago I became enamored with the idea of analog summing and feverishly designed and built the devise I will show and describe below. As embarrassing as it is to say I never actually integrated it because I didn’t have much in the way of IO. I had planned to get some more converter channels but just didn’t. I did test it out with a few signals but aside from that the poor thing has sat in a rack for years.

Well stumbling on this forum and seeing other people’s summing projects shared I decided to dig it out and take some pictures. More importantly I pulled the trigger on a 24 out usb interface so I can give it a proper chance and do some mix comparisons.

The topology is simple: 4 virtual ground summing amps, two per channel with each summing the phase and anti phase signals of the balanced pair. Each channel is fed to a transformer for increased cool factor. There’s a DC servo in there that I don’t remember working all that well but we were in the mV range so I left it alone. It’s DC coupled aside from those two features.

I machined that back panel out of an aluminum block on a Bridgeport at work. I clearly took some shorcuts out mounting with the sticky squares and zip ties... probably planned on cleaning up my work after I was sure I made something worth while

Also I borrowed two of the 990s for my mic preamp project and threw in a couple of other discrete OAs from my collection.
Click to expand...

Could you please share schematic? I have some 990 and old Jensen output transformers want to try.
S

Sounder01 said:
Could you please share schematic? I have some 990 and old Jensen output transformers want to try.
Click to expand...

I also have a pair of 990 waiting to grow up and become summers one day.
S

I also have a pair of 990 waiting to grow up and become summers one day.
Click to expand...

I also have a pair of 990 waiting to grow up and become summers one day.
Click to expand...

B
A little console to simplify tracking, somewhere between mixer and monitor controller

B
A summing amp with more transformers

B
Selecting an interstage transformer for passive summing